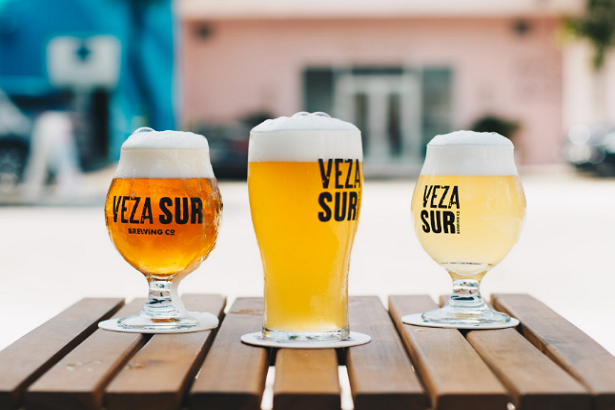 The top rated Craft Breweries in Indianapolis are: 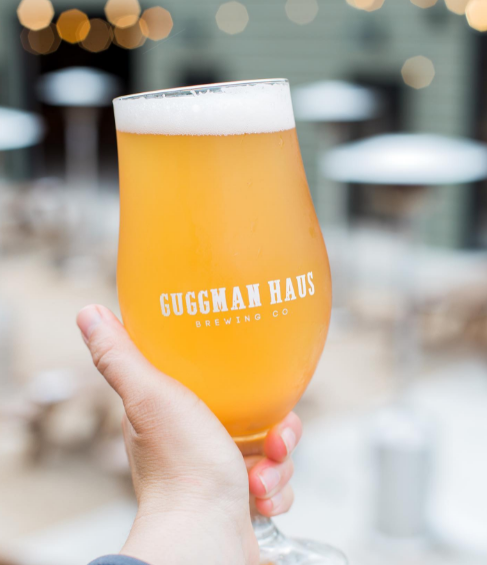 Guggman Haus Brewing Co. portrays a spirit of adventure and exploration while being grounded in home and community. The idea for Guggman Haus Brewing Co. created over five years ago, from identical twin Courtney Guggenberger and Abby Gorman, and their husbands Derek and Ryan. The Guggenbergers spent time living in Germany where they grew an appreciation for quality beer, and the Germans spent time in Denver, exploring the mountains and the local beer scene.

Their enthusiasm for exploration of cultures, community, and the outdoors, and finally, the love of craft beer and the moments it creates, led to the long journey of developing a physical space for the community to gather and beer to be shared.

“Guggman Haus focuses solely on the customer experience. You enter into an outdoorsy atmosphere designed to make you feel at home on the porch. The beer is amazing and the constant selection of new beers shows the owner’s pride and experience in brewing. Capped with superior service and hospitality, Guggman Haus is Indy’s best-kept secret.” – Ethan H. 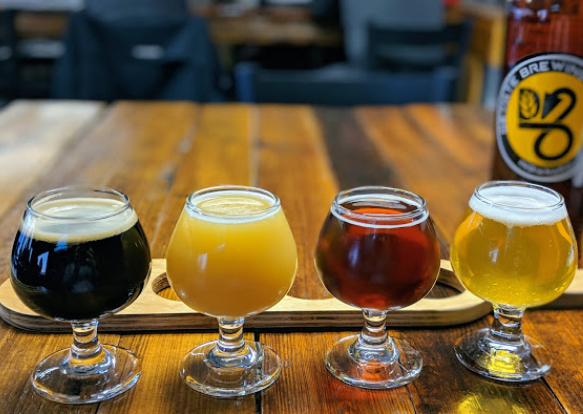 Deviate Brewing believes that craft beer should be fun and push the envelope of what is traditional. Mike and Greg worked for the same company and were transferred from the Cincinnati area to Indy in 1995. Soon after, they were introduced to their first Belgian-style beers and have been hooked on a good beer ever since.

It progressed to the inevitable challenge of making their own homebrew versions of the shared beers they loved and with the donation of their first brewing equipment from a friend, they started their beer-making journey about 18 years ago. From the beginning, they both found common ground having similar tastes in beer styles which progressed to a shared obsession of trying to figure out how their favorites were made.

“I loved it and was pleasantly surprised. Small spot but it had great beer. The Juicy Caboosey was a standout with the Brut ‘le Juice coming in as a close second. The guys were working there were also friendly and helpful. Whoever founded this must love beer and art because you’ve got beer cans galore and art for sale on the walls. If you’re not sure what to get opt for a flight.” – Quintin C. 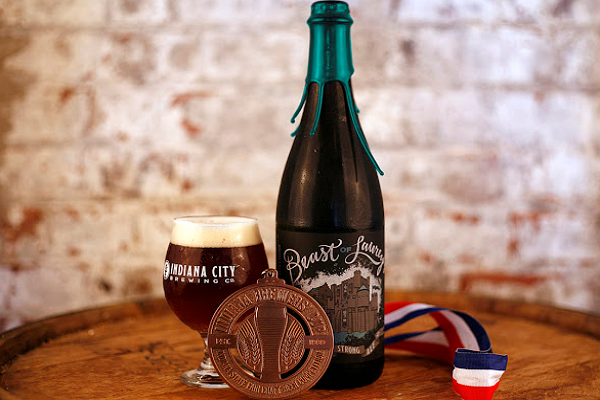 Indiana City Brewing Company is situated on the East side of city Indy in the historic bottling house of the former Home Brewing Company, the Indiana City taproom has evolved over the years, to turn into a hot spot for concerts and private events. The taproom provides a broad range of Indiana City beer on tap, served by the pint and available for growler fills along with year-round and limited release cans.

Indiana City is also available at beer shops, bars, and restaurants throughout greater Indianapolis. Inspired by the ethos of the American craft beer revolution, they are dedicated to elevating the craft beer scene of Indianapolis with each beer they create.

“Had a lot of fun at this microbrew yesterday. We are traveling with our dog and they let dogs in the building! We got a chance to be out of the car and stay warm. The bartender was friendly and helpful. The beer tasted pretty good. I would highly recommend this place for a stop while passing through and to unwind after a long week.” – Christopher P. 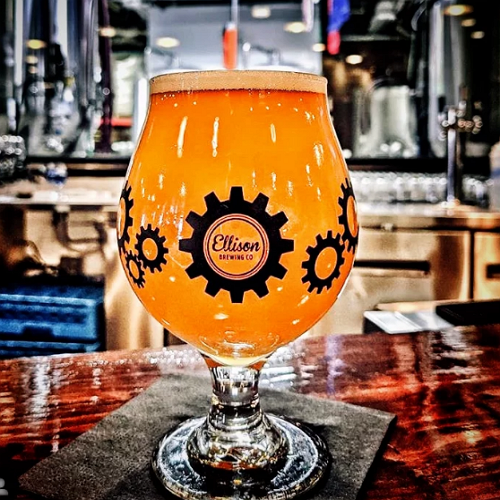 Ellison Brewing Co‘s amazing large, spacious, and family-friendly patio offers the best view of downtown Indy. After serving in the Marine Corps, comprising two tours of duty to Iraq, Ellison owner Aaron Hanson was nobly discharged from active duty. After reaching out to a high school friend who had already been established in beer sales, they decided to open Ellison Brewery and Spirits as a craft brewery and distillery.

After a busy four years of continuous expansion and production, Aaron took advantage of a great opportunity in opening the Indianapolis facility. He did all of this while concurrently pursuing other facilities in Michigan in hopes of creating an inclusive, electrifying environment for his clientele to experience the best of the craft world.

“I thoroughly enjoyed my visit to Ellison Brewing Co. The bread on my Nashville Hot Yardbird was delicious and the honey mixed with the spicy chicken was spot-on. I loved the unique cut of fries as did the others at my table. I was not a fan of the mayo-heavy coleslaw, but that did not hinder my opinion of my experience. The restrooms were also clean which is always a plus.” – Alyssa R. 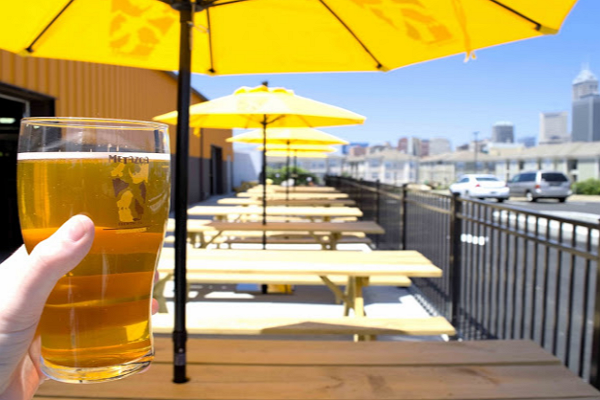 Metazoa Brewing Company is an animal-friendly, open-concept brewery in downtown Indianapolis that highlights wonderful skyline views and over 16 delicious craft beer styles on tap. Metazoa Brewing Co. was created in 2016 by Dave Worthington who was a homebrewer, animal-lover, and overall craft-beer aficionado.

Dave and his family have consistently relished donating to animal charities and raising rescued animals, but as Dave began dreaming of owning a brewery, he realized that he wanted to offer something even more special, so Metazoa was born. Since that day, Dave has continued to create the company around a pledge to donate five percent of all company profits to unique animal charities in Indiana and beyond.

“We have always loved metazoa ever since the day they opened! We throw my eldest pup’s 5th birthday there and multiple fundraiser events! We enjoy it even more with the newer park area!” – Melinda B.

Scott Hughes: Meet The Man Behind ‘In It Together: The Beautiful... 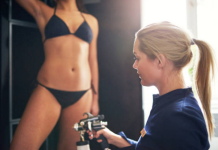 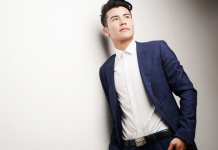 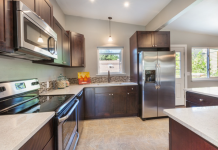 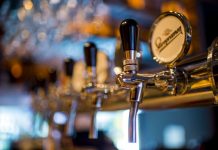