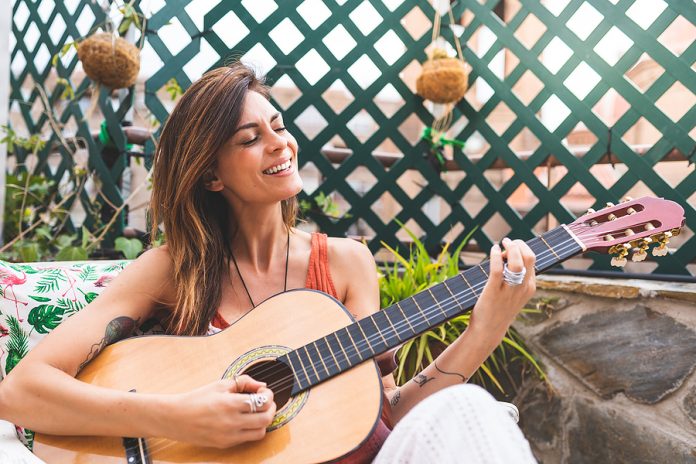 With the last half year spent mostly quarantined inside, many of us have picked up new hobbies or attempted to learn new skills (Banana bread, anyone?). One pastime that people have been flocking to in isolation is making music.

All over the world, folks have picked up their instrument and made the most out of their time spent inside by honing their musical skills.

For the guitarists out there, Chordify has a little treat; Based on popularity and ease, we have rounded up the top five guitar songs to learn at home. Happy jamming!

With four Grammy nominations and countless #1 positions, it’s been damn near impossible to escape this power ballad since its release two years ago. ‘Shallow’ has enjoyed a lasting popularity like almost no other song at Chordify. Month after month, it attracts more eager musicians than other top hits, and it’s not hard to see why. We have some super easy chords, like G, C and Am. These chords are a safe haven for beginning guitarists, but they are interspersed by some more complex chords such as Em7 and D/F#. It’s truly a delightful combination of easy and tricky, making a perfect song for rookies and rockstars alike. Plus, it doesn’t matter where you whip out your guitar to play this song; someone will inevitably know the lyrics!

I don’t know about you, but I’m feeling….like playing an irresistibly catchy pop tune with just four easy chords. In the eight years since this song has been released, it seems like no one, and I mean no one, has turned 22 without referencing this song. Ms. Swift uses only the G, D, C and Em chords to perfectly capture the ecstasy and misery of being in your early 20s. These are chords that most people learn very early on, so this is a perfect track to dig your teeth into. The only hurdle you might encounter is the speed of this song. But hey, who says you can’t slow things down a little bit? Especially if it’s as easy as using the Tempo Feature on Chordify.

Ladies and gentlemen, give it up for the quintessential campfire song! Love it or hate it, but there is no denying that this britpop anthem has enthralled aspiring guitar players for 25 years now, and we’re here to keep its legacy alive. It is, after all, one of the most played-along songs of all time at Chordify. With the amount of people that make ‘Wonderwall’ the first song they’d like to master, you’d think the chord scheme would be relatively simple and straightforward, right? Well, think again. Oasis’ undying classic actually sounds easier than it is, but don’t let that stop you. Little pro tip: Chordify has a neat Capo feature, which puts the song into an easier chord progression.

Now I’ve heard there was a secret chord… Actually, none of the chords of Leonard Cohen’s oft-covered mega hit are secret. They are, in fact, very much beginner-friendly and easy to master. The great thing about this pop-culture phenomenon is that it is so repetitive. It’s the same melody and the same chord progression, over and over again. In spite of – or maybe because of – its simplicity, ‘Hallelujah’ has been covered by many well-known iconic artists such as Bob Dylan, Damien Rice and Bon Jovi, with the latter admitting wholeheartedly that he wishes he himself had written this masterpiece. Now it’s your turn to join the ranks! Oh, and if you find Leonard Cohen’s version to be not challenging enough for you, try Jeff Buckley’s rendition.

Truth to be told, most Beatles songs are popular amongst guitarists. The reason we chose this 1966 track is that it can be played with no more than two chords. Yeah, you heard that right. It really doesn’t get any easier than that! The chords in question are C and Em, and once you’re familiar with them, you’re good to go! Wanna know a fun little secret? Another Beatles hit, ‘Paperback Writer’ uses the same two chords, even though the two songs sound completely different. So, if you’re feeling some Beatlemania, this is the place to live it out. If The Beatles can please a crowd with only two chords, then so can you! 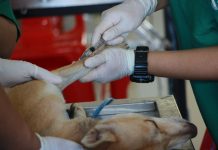 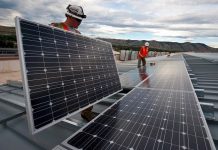 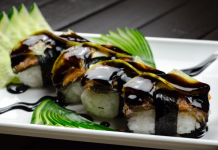 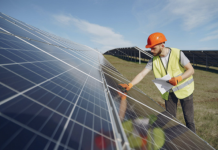