Home News Why Wiese Has Refurbished His New Class Song, “Me e Viking”

If you have heard the stage name, “Wiese”, then you’ve probably heard about him because of his classic song, “Me e Viking”. Based in Norway, Trygve Wiese-Haugland, known as “Wiese”, is one of the most talented and successful Norwegian songwriters, producers and DJ’s. In 2004, he shot onto the music scene with this highly successful tune, a Viking-themed banger that has become synonymous with the football club Viking FK.

So, why did he decide to change his acclaimed, signature song? Well, as it turns out, Wiese agreed to ask his followers on social media whether the song needed an upgrade. The answer was a resounding yes, and the rest is history. Read on to find out more about the re-writing process.

Wiese wrote the original song when he was just 18 years old. Bright-eyed, full of optimism and enthusiasm for the Viking-music scene, Wiese didn’t have high expectations for the music. His knowledge of the industry was rather average, but he wanted to do something for his local football team, and for him, a song was the best way. The song’s melody is almost identical to the official music used for the Norwegian national hockey team with some refashioned lyrics to suit what Wiese was trying to achieve.

Wiese wanted to write a song that people could play at parties – a song that would add to the festivities of a night out and help relax people after the stresses of a long day or week. He knew it was never going to be a masterpiece, which is mostly reminiscent of his relationship with music and songwriter However, he didn’t expect it to be as successful as it has become.

The song has been successful commercially, even though it has a massive love/relationship with fans. Some fans genuinely love the song, while others love to hate the song. On the other hand, other people simply hate it, but that’s all part of the fun for Wiese.

However, the purpose of upgrading the song was to make a new song that wasn’t distinctly a football song. This time around, both Haukaas and Wiese agreed that the best step would be to write a good pop song, as opposed to a football song.

In 2019, Wiese began working on reworking the original song for a new audience, while also giving the song a much-needed technical upgrade. The new song, simply called “Viking” was released in 2019, sparking renewed interest in the original music, its artist and the soccer team. For the second rendition of this cult classic, Wiese has brought over well-known producer, Joakim Harestad Haukaas to assist with the development of the updated version.

Haukaas is one of Wiese’s best friends and goes by the producer name kid joki. He’s considered one of the most accomplished music producers in Scandinavia. In fact, he had his first number 1 hit in Sweden at the mere age of 20. He spends a lot of time working with global stars like Zara Larsson and Seeb.

While working on developing his own music and sounds, Wiese grew up in the same Norwegian city as some of the most famous international superstars in the music scene over the past decade or so. He grew up in the same area of Bergen as international DJs Alan Walker and Kygo. In October 2019, Kygo was ranked 42 on the list of top 100 DJs in the world and has accrued several billion plays for his songs on Spotify. 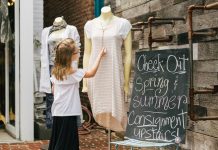 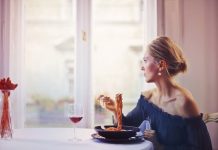 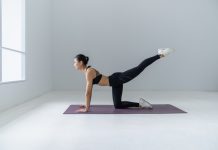 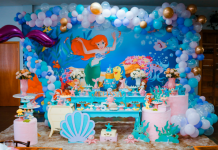