An Indiana man who is alleged to have fired multiple gunshots in the direction of a mobile home is reported to have solicited a ride-share vehicle to help him escape the crime scene.

The 20-year-old man, Issa Amer Ishtawi, was taken into custody on Tuesday having been suspected of being responsible for a shooting in the city of Portage, 40 miles to the southeast of Chicago.

Ishtawi is alleged to have forced his way into the mobile home and fired a handgun and then proceeded to step outside the home and fire several more shots. One shot is reported to have hit a man in the foot, according to a Facebook post by the Portage Police Dept.

At approximately 12:55 p.m. today, we received a dispatch of a subject shot at 1204 Camelot Manor and that the shooter…

Ishtawi is then said to have fled the scene on foot but called a ride-share (Uber, Lyft) a short time later. He was eventually spotted in the car by police and taken into custody with the ride-share driver being totally oblivious to his solicitation as a getaway driver.

Investigators noted the driver was “very cooperative” but also shaken up by the incident as he did not know he was driving an armed criminal around.

Ishtawi has since been charged with an array of crimes including intimidation, criminal recklessness with a handgun, battery, battering with a handgun, have a handgun with no permit and possessing marijuana. 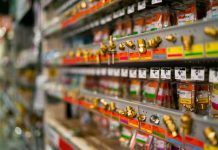 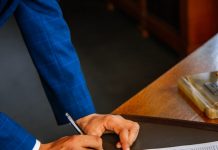 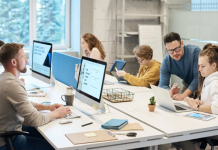 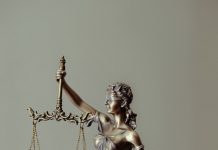