Saudi oil giant Aramco has ceased operations on a major oil pipeline after two oil pumping stations near the capital, Riyadh, have been attacked by explosive drones, the Saudi energy minister Khalid Al-Falih said on Tuesday in a statement released by the Saudi Press Agency.

The case was announced shortly after Houthi rebels engaged in a civil war in neighbouring Yemen announced that they had launched “seven drone” attacks on “vital Saudi facilities,” according to the report from the Al Masirah television channel, which they control.

“This important military operation is a response to the continued aggression and blockade of our people and we are ready to carry out even harsher strikes,” said a Houthi soldier, quoted by Al Masirah on their Twitter account. No details on the date of the attack or the targets were given.

This is a message to Saudi Arabia: stop your aggression. […] Our goal is to respond to the crimes that are committed every day against the Yemeni people.

Mohammed Abdel-Salam, spokesman of the rebels, to Associated Press

In a statement relayed by the Saudi official SPA agency, Saudi Minister Al-Falih said that the drone attack, which occurred between 6 am and 6:30 am local time, caused a fire and “minor damage” to a pumping station.

The fire was under control, but Aramco “took precautionary measures and temporarily halted operations on the east-west pipeline linking the eastern province, a Saudi oil-rich region, and Yanbu port on the sea.” Red, he said.

According to him, the 1,200-kilometer pipeline, capable of carrying at least five million barrels a day, was shut down for the purpose of assessing and repairing the damage.

The Saudi minister asserts, however, that “supplies and exports of [Saudi] crude and petroleum products normally operate without interruption.” This statement did not prevent oil prices from rising, both in London and New York.

The latest acts of terrorism and sabotage in the Gulf […] are aimed not only at the kingdom, but at the security of oil supplies in the world and the world economy.

“These attacks prove once again that it is important for us to face the terrorist entities, including Iranian-backed Houthi militiamen in Yemen,” said Minister Al-Falih.

Saudi Arabia said on Monday that two of its tankers were among four ships that were the target of mysterious “sabotage” off the United Arab Emirates, near the Strait of Hormuz, through which most of the country’s exports flow. oil from the countries of the Persian Gulf.

A Saudi-led military coalition declared war on Houthi rebels in Yemen in March 2015 . Riyadh says it is acting in support of the internationally recognized government of President Abd Rabbo Mansour Hadi, driven out of the capital, Sana’a, a few months earlier.

The conflict, which spawned the worst humanitarian disaster in the world, in the view of the United Nations, is considered a proxy war between the two powers in the region, Sunni Saudi Arabia and Shiite Iran. Tehran is considered the main support of the Houthi rebels.

Spain releases the US Fifth Fleet

These developments in the region come as tensions between Washington and Tehran have been steadily increasing since the Trump administration decided to pull the United States out of the Iran nuclear deal a year ago.

This decision, taken against the other signatories (China, Russia, United Kingdom, France, Germany), resulted in the reinstatement of US sanctions against Tehran, including its oil industry .

The Islamic Republic is now threatening to suspend certain commitments made under this agreement.

On Friday, the Pentagon announced the dispatch of a warship carrying amphibious vehicles and a Patriot missile battery to the region, in addition to the deployment of the USS Abraham Lincoln aircraft carrier and B-52 bombers.

The Spanish government, however, confirmed Tuesday that the Spanish frigate Mendez Nunez, which carries 215 soldiers will not cross the Strait of Hormuz alongside the US aircraft carrier, he has been accompanying for two years now.

Citing government sources, the Spanish press argues that this withdrawal is explained by the desire of Madrid not to be dragged into a conflict in the Persian Gulf.

Defense Minister Marguarita Robles argued that the new USS Abraham Lincoln aircraft carrier mission in the region was not part of the two-year training mission agreement between the two countries.

She assured that the withdrawal of the frigate was not a disavowal of the mission decided by Washington, and that the Mendez Nunez would join the aircraft carrier once this mission is completed. 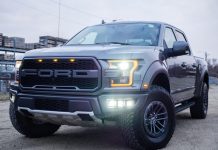 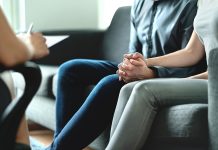 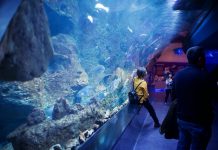 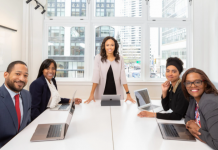