The top rated Japanese Restaurants in Phoenix are:

Harumi Sushi only uses unfrozen fish delivered daily from several locations around the globe. They are committed to developing the highest quality of sushi for its customers. The restaurant introduced the unique purple rice sushi to Phoenix residents. Purple rice is a favored food in Japanese culture. It is believed to contain healing powers aside from its health benefits. The specific type of rice was kept hidden to the common people and was only served to the Emperor and the royal household. At Harumi, they harness the nutritional property of the purple rice in combination with toasted nuts and select ingredients.

“We got our order to go. Wait time was reasonable. Restaurant was easy to find. All interactions with staff were extremely polite. Sushi was great, the rice superb, and I imagine eating in restaurant would have been the only way to improve the meal! Delicious.” –Angelique Hodnett

Akaihana already started delivering top quality sushi even when it still goes by the name Mr. Sushi. It has been serving original Japanese main entries to the mid-Phoenix area. To further show their world-class sushi they decided to merge into a corporation. They specialize in sushi/rolls wherein they have created a variety to choose from. This ranges from the traditional, fish over rice called nigiri, only consisting of fish itself, the sashimi and the handrolls. They also named some of their rolls after famous movie characters and places. One is named after Godzilla, another named Paul, sunset for the other, while the rest is named Mexico and Grand Canyon.

“We haven’t been there since the remodel and it’s a significant improvement from before. The service is still on point and the sashimi is tasty as ever. The cocktails were on the sweet side, but good. Will definitely go back.” –Jeff Dooley

Shogun Restaurant prides itself on being a restaurant best fit for the family. It was established on August 3, 1983. Since then it has been looking after the Japanese cuisine cravings in the valley of the sun. Three decades have passed but the restaurant still continues to grow. Despite the endless construction of Japanese restaurants, their loyal customers remain captivated by their dishes. Their chef prepares and rolls the sushi daily, coming from the finest ingredients. Aside from sushi, they also serve turkey salad, tempura, steak, and rice bowls to give options to diners.

“It is always my favorite place. Food is fabulous. Sergio does a great job with presentation. Can’t wait to go again.” –Linda Fournier

Nobuo at Teeter House is named after it’s chef, Nobuo Fukuda. Chef Nobuo was born and raised in Tokyo and has 30 years of experience working as a Chef in Arizona. He was known to serve traditional Japanese dishes with a modern flair. His popularity was enhanced when he worked alongside Chef-owner James McDevitt of Restaurant Hapa. Their ideas combined crafted a fusion of the East and West and resulted in an amazing dish. Chef Nobuo went on to receive the “Chef to Watch” recognition from Esquire and was listed as one of the “Best New Chefs of 2003” in Food & Wine. Nobuo is famous for it’s omakase, where Chef Nobuo recommends the dish himself.

“Absolutely amazing experience. The food was incredibly delicious. Every dish was well balanced and well plated. This is my new favorite place to enjoy food. Thank you for having an awesome crew and atmosphere, chef Nobuo!” –Keisha B.

Blue Fin opened its doors to the public in November 1981 just along Downtown Phoenix. It went on to have an unprecedented success. Their offerings of home-cooked Japanese food are a hit to the locals. Add the fact that the kitchen team is able to whip up the dish in a quick and quality manner. The restaurant is proud that its secret recipe to their success is their commitment to excellent meals. They maintained the hundred-year-old cooking style and recipe uncompromised. Blue Fin grills the meat in a special pumice stone. They strictly forbid MSG in their kitchen and only rely on the ingredients’ natural flavor. Vegetarians can order their brown rice and dishes curated for their diet restriction.

“The food was outstanding. Super reasonable. The owners were so gracious that you came to eat at their restaurant. It was very refreshing. I wish we lived in the Phoenix area. This is my top 5 restaurants ever.” –Dennis Derichs 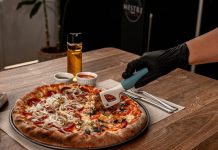 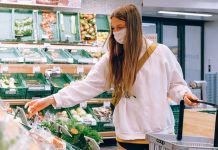 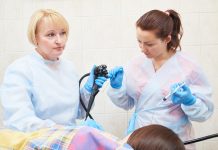 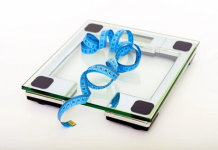