Home News Will Arnold Schwarzenegger ever work with Chris Pratt?

Since Chris Pratt became a part of the famed Schwarzenegger family, fans have fantasized about seeing him on-screen with his father-in-law, Arnold Schwarzenegger. And with the two actors’ knack for taking on action roles, we might see them in a movie as a tandem. Well, at least Schwarzenegger kind of thinks so.

Speaking to outlet Entertainment Tonight, the Terminator: Dark Fate pondered the possibility of working with his son-in-law. “Maybe, we haven’t talked about it. But I respect him very much,” the 72-year-old actor said. Schwarzenegger also had some pretty glowing words for the Guardians of the Galaxy star. “I think he’s a very dedicated actor and he trains really hard, he’s in good shape physically, and he’s talented.”

While Schwarzenegger didn’t give a straight “yes” as an answer, it doesn’t hurt to know that he didn’t completely shut it down. The door isn’t completely closed for a project between the two of them.

As for what the former Mr. World thinks of Pratt as his daughter Katharine Schwarzenegger’s husband. “But besides all of that, he’s great with my daughter and that’s the most important part,” he told ET.

Yesterday was the best day of our lives! We became husband and wife in front of God, our families and those we love. It was intimate, moving and emotional. We feel so blessed to begin this new chapter of our lives. We are so thankful to our families and our friends who stood with us and grateful to Mr. Giorgio Armani who created a once in a lifetime dress for Katherine to wear and for me, the perfect suit. This morning we feel nothing but blessed.

“He’s just a nice man. It’s always great when someone is successful and someone has a vision and someone is driven and knows where to go in their life. But if you’re not kind and if you’re not a real mensch, you know, then you don’t have much,” Schwarzenegger went on to praise the actor. “He is a real kind person, and he’s terrific with her.” 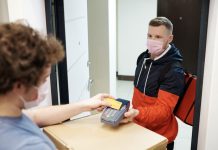 5 Best Delivery Restaurants in Fort Worth 🥇 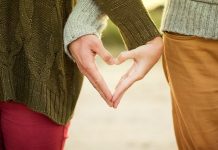 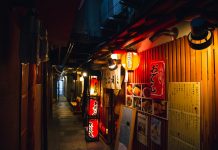 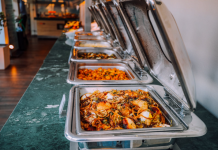