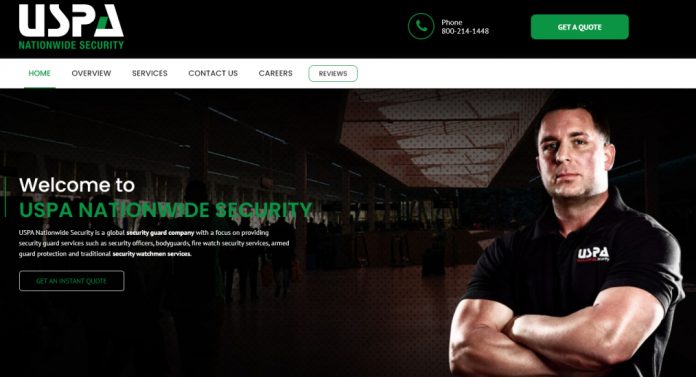 There is no shortage of security firms in the USA, protection is a foundational necessity for businesses and people and there should never be any doubt when it comes to feeling secure. As far as quality over quantity is concerned, USPA Nationwide Security is simply the finest example to be found for security solutions in the USA and abroad.

There are a few mitigating factors that contribute to this conclusion that will be explored below. In summation, USPA contains a hefty mixture of classic and traditional approaches to security, combined with 21st century updates that enhance every facet of the experience. They’re also the security firm with a heart in many respects, giving back to the community in unexpected ways.

The following breakdowns are the main attractions found with USPA that puts the company above its competitors.

Being respected in the security field in any country is an achievement, however, there is something to be said with USPA. Their reputation certainly precedes them, with the female-led company receiving wondrous praise from reputable sites and magazines such as Forbes, Yahoo Finance, USA Today and MarketWatch for their efficacy in the field.

This also extends to their clients who have nothing but positivity in response to their work in the field, over 117 cumulative 5-star reviews through various US-based branches should say it all.

Having a good and respectful reputation in this particular field speaks volumes, and there is very little to doubt about it.

With over 5000 security contractors across 16 countries, they’re not exactly your typical example of a standard security company. They’ve been established in these countries for the better part of 16 years which says more than anything else. They cover some extensive territories as well, from background checks to bug sweeps, fire watch services, security guard services, estate security, kidnap recovery, and close protection guards.

Say what you will, they cover a lot of ground in an effective manner. In their distinguished honors they also maintain to have been involved in over 100 kidnapping recoveries, which is something the world needs more of. USPA Nationwide Security is also one of the best warehouse and logistical security services in the USA.

As a security company, there is no fault that can really be found in their armor. They have an impeccable and stellar record when it comes to keeping the safety and security of their clients as a top priority, while never losing the professional and considered approach that so many competitors lack.

They also put their money where their mouths are, with 50% of their profits being sent to Kingsman. Kingsman is an initiative from USPA which has the expressed and noble mission of aiding and supporting women and children affected by domestic violence, human trafficking, and other heinous crimes around the world.

They have a deep root in the community and continue to put their money where their mouths are, you certainly won’t find a more effectively caring company.

Many of the USPA Nationwide Security reviews talk about the large savings on offer, with over 5000 security contractors across 16 countries.

Below are some selected USPA Nationwide Security reviews that we found on the internet.

“When our daughter was speaking with someone online that we didn’t know, we had no idea where to turn. We found USPA via google search, and we are so glad that we did! Mike called us personally within an hour or so of our first contact, and he and Sondae were in contact throughout the entire situation. Everything was handled quickly and professionally. I can definitely sleep better at night knowing there are wonderful people like those at USPA to protect us, and rectify a situation before it becomes a terrible life changing event.

For anyone that does not feel safe in a situation, I highly recommend Mike, Sondae, and the entire USPA staff.” – Stephanie N

“Following a very articulate online chat w rep Leah,
Mike provided prompt and discreet service to safeguard our family’s wellbeing during a high-risk transition. His lookout checked in as necessary, and gave us peace of mind. USPA also had pros available along our route, and I knew I could depend on Mike if we needed them in a pinch.” – Samantha

“My company Rare Breed Protection Services has had the great pleasure on multiple occasions of working under USPA as a sub-contractor. They have always been great to work for, and we look forward to any future assignments. We would highly recommend hiring or work for this company” – Eric

“The professionalism of this company is exceptional. The owner goes above and beyond for people especially when individuals are going through tough times. I highly recommend this company they take care of people. Don’t go anywhere else.” – Danielle

“I recommend USPA Nationwide Security for their professional bodyguards. We needed secure transport to and from Tijuana Mexico from San Diego, California and USPA Security provided reliable bodyguards and a VIP Vehicle. The security guards were dressed nicely and were both former military. They knew the area well and kept us safe while we visited Mexico. Professional is an understatement.” – Douglas

“I recently had to search for a body guard service after mother mother suggested for the move out of our home with my husband during our divorce. As a stylist and never meeting a stranger, I never thought I would be ever looking for this type of service for myself, nor did I even know where to begin to google search. USPA was one of the first that popped up and had excellent (by which I mean sounded reputable) and was surprised the online chat person wasn’t outsourced or even there. She was very kind and inquired why my situation called for protection. I honestly told her the truth that I didn’t consider myself a “batter woman” just that my husband has got physical a handful of times and he’s mostly verbally abusive, but didn’t think that was the same. I was actually immediately patched through with a supervisor, who actually happened to be the CEO who monitors the online chats personally periodically.

Mr. Evans was extremely kind and asked about my situation. I told him I didn’t think I even deserved to be considered a “batter wife” and will pay for the service because I felt there were other mother’s out there that REALLY NEED his service. He insisted on providing a guard for the day I had to move free of charge. I gave him my information and thought after hanging up “yeah right never hearing from that guy again, I’m not stupid. Nothing in life is free. What subscription they want me to sign up for…” I was so wrong!!

Mr Evans not only personally follow up with me regularly to see if my ex would finally settle on furniture so I could just leave already, but he actually really does care and backs 100% what his company’s foundations. Not only did he keep his promise, but over delivered with exactly what he said! My body guard contacted me the day before and showed up on time. He was extremely professional, polite and looked like someone you do not want to cross. PERFECT! He even help my jump start my vehicle after I said my last goodbyes to my children’s home and made this Grand Hallmark goodbye only to jump in my car and it was dead. I would say at very least- went far beyond job description.

Long story long… this is an actual real company and I don’t believe in coincidences, but God’s plan.” – Tara 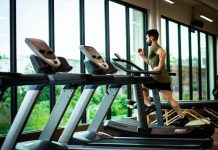 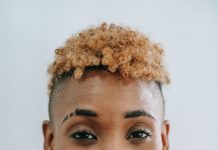 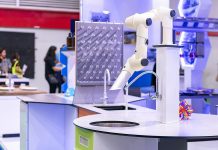 5 advantages of investing in a dust extractor system