US Secretary of State Mike Pompeo described the Canadian claim for the Northwest Passage as “illegitimate” in an important speech that was also criticized for its factual inaccuracy and provocative nature.

Mr. Pompeo made such comments during a long speech in Finland, in which he also criticized China’s presence in the region, which he said threatens North American security and harms the environment.

The top US diplomat also reiterated US concerns about Russia’s military activities in the Arctic.

“Nobody denies that Russia has important interests in the Arctic,” he said in a transcript of his speech released by the State Department. “We recognize that Russia is not the only country that has illegitimate claims. The United States has a long-standing dispute with Canada over land claims in the Northwest Passage.”

Leading international security expert argues that Pompeo’s stance in this old US-Canada dispute over the Arctic is a “stunning rebuff” of the Ottawa-Washington Agreement on Arctic Cooperation in 1988.

Fen Hampson of Carleton University in Ottawa believes that the US Secretary of State’s comment contradicts the spirit of this agreement between Brian Mulroney and Ronald Reagan.

“This highlights the Trump administration’s” shake-up “approach to Canada-US relations,” he said.

Roads between the Atlantic and Pacific Oceans connect Canadian islands, but the two countries disagree whether it makes them Canadian inland waters or international waters with Canadian territory nearby. This conflict is becoming increasingly important as the Arctic ice melts and the Northwest Passage is about to become a viable commercial shipping route.

Under the Agreement on Arctic Cooperation, the United States refers to the Northwest Passage as an “international waterway”, while Canada claims it as a sovereign territory.

The treaty recognizes “the close and friendly relations of the two countries, the uniqueness of the ice-covered maritime areas, the opportunity to increase their knowledge of the Arctic marine environment through research conducted during breakaway voyages. ice, and their common interest in safety, effective navigation of icebreakers off their Arctic coasts. ”

The Canadian government mentioned this agreement in response to Mr. Pompeo’s speech.

“Canada and the United States have differing views on the status of the Northwest Passage in international law,” said Guillaume Bérubé, spokesman for the Ministry of Foreign Affairs.

“The situation is well managed, including under the 1988 Arctic Cooperation Agreement, whereby the US government is asking Canada for icebreakers to allow it to navigate the waterways. Canada remains committed to fully exercising its rights and sovereignty over its territory in its Arctic waters, including the various waterways commonly referred to as the Northwest Passage. These waterways are part of Canada’s internal waters.”

But Canada will not really have recourse if the United States decides to send a boat into the passage without notifying their neighbour.

“We can remind them, however, that if they are concerned about the growing presence of Chinese and Russians in the North and their aspirations to create a circumpolar silk route, they may want to work more closely with their neighbours, NORAD partners and refrain from challenging our sovereignty, “said the expert.

Michael Byers, an Arctic expert at the University of British Columbia, points out that the statements about Canada were “factually correct”, but this is “the only accurate and rational statement of the speech “.

According to Byers, one of the most egregious mistakes is Mike Pompeo’s claim that China is trying to build infrastructure in Canada’s Far North.

“I have not heard of any Chinese infrastructure projects in the Canadian Arctic,” said Byers. There is no factual basis, certainly not in the public domain, and that would also require the full participation of the Canadian government. It’s just wrong.” 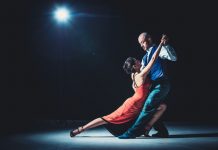 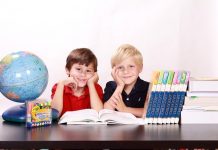 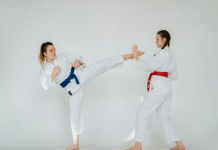 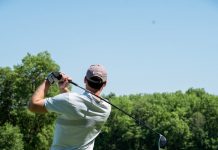