Torenzo Perry is an American model and actor, who began his career at the young age of 21. He is a talent on the rise in the entertainment industry, having been described as a “model, television personality, rapper and freelancer on the rise.” Throughout his career, Perry has appeared at a variety of gigs and events, which he largely attributes to his versatility in the modelling world.

Perry was able to answer a few of our questions about his modelling work and his experiences in the industry.

Why did you quit music and move towards more modelling gigs?

I never actually quit music. However, I did remove my projects from all streaming services, except SoundCloud. I stopped making music my main career focus after learning so much about how the music industry is today. At my true creative core, I believe I am an entertainer. I enjoy being the centre of attention because regardless of what I choose to do in the entertainment industry, the results are bigger than myself. Besides, if I could sing like my musical idol Otis Redding then I wouldn’t care about the industry at all. I’d just perform in front of people in the streets. I’m in love with what I consider art, not money.

I started to move into modelling when I was 21, mainly because I had been reading a lot about the negative consequences of bad nutrition. I completed three months of intense training to get my body into peak fitness and started getting gigs as a fitness model. I am also the creator of “PushU” and had a special guest appearance on the CBS program, “Face The Truth.”

What are your thoughts on social media and its role in the industry?

I love social media. I believe it’s great for many different reasons. I’m most active on Instagram and a new app called Dayflash. However, I do think it is important for people to understand the negative effects of social media, especially in terms of how it can affect an individual’s confidence and self-esteem. I understand if a person doesn’t like what they see or how it makes them feel then they can (and should) just delete the app.

I certainly feel like we need more people on social media like myself, Gary Vaynerchuk, David Meltzer, Eric Thomas, and William Hollis to name a few. If social media really wants to grow and adapt as a medium of expression between people who use social media for entertainment purposes, more people need to be using it in the right way. In the entertainment industry, social media services are great if you want to grow your personal brand. I’ve noticed Instagram does exactly that.

Other than modelling, what do you believe your true talent is?

I wholeheartedly know my true talent is versatility. I’ve known this all my life. I have childhood journals that reflect how I always wanted to be versatile and adaptable, even from an early age. Simply put, many people around my age spend most of their time hanging out, partying, or debating if they should attend college or not. I did somewhat of the same thing growing up, but I’ve always been fascinated with the mind, knowledge and history.

How would you describe yourself to people who don’t know who you are?

I’d tell them I see no barrier in status. We’re all a part of this world collectively. But what makes me stand out from the rest is my versatility and work ethic. I am someone who not only seeks to be the best in his field but looks to treat everyone with the same level of respect and courtesy. I understand life’s not fair and people are born into certain lifestyles but that’s part of the reason why I exist. I’ve always wanted to be that person who breaks down barriers. My generation needs me and I plan on building my platform to shine more light on certain situations.

If you could win any award in your career, what would you be interested in?

First let me start by saying I would love to win any award that involves music or acting. Winning an Oscar, Golden Globe, Emmy, or Grammy, would obviously be amazing. I know this will be a shock to most people, but I would love to win a Nobel Prize before I leave this earth. I don’t think they honour awards for philosophy though.

Torenzo Perry is an emerging acting and modelling talent in the entertainment industry and is worth keeping a look out for in the coming years.

Thank you Torenzo for sharing your thought with us!
You can follow up with Torenzo Perry at https://torenzoperry.pb.photography/

5 Best Dumplings in Portland, OR 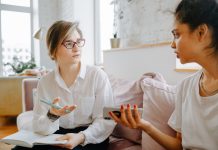 5 Best Psychiatrists in Fort Worth 🥇 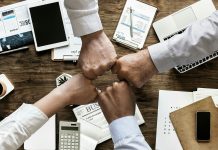 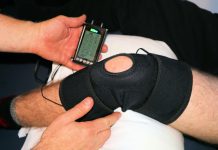 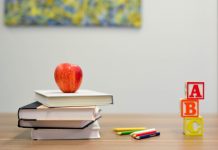