The world of modelling is incredibly competitive and dynamic. Model agencies are an integral facet of the wider fashion industry and are often responsible for spring-boarding people into global stardom. For example, Cara Delevingne began modelling at age 10 and has been involved in campaigns for H&M, Chanel and Tom Ford. She’s since broken into Hollywood with starring roles in Suicide Squad (2016), Paper Towns (2015) and Valerian and the City of a Thousand Planets (2017).

Suffice to say, there are thousands of young models looking for their big break into the global scene. Here, are the top 5 young models you need to be on the lookout for in 2020:

Lani Baker is another young model and blogger who will soon take the modelling world by storm. In many respects, you could say she already has. The young US model is barely 20 years old and has gained fame by modelling for Caycee Black and Exit Peru. She has been signed to modelling agencies such as Kim Dawson Agency and LA Models. She has almost 500 000 followers on Instagram and is already married, having married Garrett Randol earlier this year. In terms of career achievements, Lani recently became a model on NBC’s Deal or No Deal. She is also the older sister of Maverick Baker and Cash Baker.

Ria Serebryakova is an up and coming fashion model who has worked with a myriad of modelling firms in the Northern Hemisphere. Ria works with TFM Berlin, Monster MGMT in Milan and the New York-based firm, Silent Models. With almost 300 000 followers on Instagram, it’s no wonder why Ria will soon be one of the biggest names in the modelling world. She values her engagement with fans and has made it a part of her daily routine to be giving back to her followers. Ria has been involved in a variety of high-profile fashion events. Indeed, her career highlight of 2019 was the Dolce and Gabanna show at Fashion Week.

The burden of staying in shape is one that plagues the life of a model. However, Ria stays in shape by sticking to a relatively relaxed, yet balanced diet (fruit and vegetables). Her idols are Emma Roberts and Charlize Theron, particularly Charlize for her ability to take on difficult acting roles and achieve widespread acclaim. Ria sticks to a strict three-step skincare routine to ensure her skin retains its colour and vitality.

Born in 1996, Niamh Adkins is a British-South African fashion model with 103 000 Instagram followers. Having accumulated over 30 000 followers in the space of just one year, Niamh could soon become a household name in the fashion industry. Early in her career, Niamh was represented by two agencies, Vision Models and Max Models, both based in South Africa. While she was born in England, her family relocated to Cape Town, South Africa. In 2014, she launched her first Vine social media account, which has been a large reason for her online success. She is dating actor, Dominic Sherwood, an English actor known for his work in Vampire Academy, Shadow Hunters and Penny Dreadful. She previously dated model actor, Bryce Thompson.

With 564 000 followers on Instagram, there’s no doubt that Ireland is doing well when it comes to living up to the family name. The daughter of Hollywood actors Kim Basinger and Alec Baldwin, Ireland signed with IMG Models in 2013 when she was 17. In April, she made her official debut in a swimwear editorial for the New York Post. She had a part in the film Grudge Match (2013), which starred Robert De Niro and Sylvester Stallone – this was also her film debut. In 2014, Ireland commenced her studies at the New York Film Academy and even made an appearance at the Academy Awards. However, things went awry for the young star in 2015, with her resigning from IMG Models after a stint in rehab. Having now got her life back on track, Ireland has taken up part-time DJing as a hobby.

Nobody likes posting without makeup/ editing but nature and I out here just tryna be ourselves right now. Just like everybody else… I am not perfect. I don’t have perfect skin, or a perfect body, or a perfect life. And I think it’s important that we all remind ourselves that. All we can do is embrace what we’ve been given and work to love it! Some days my skin is great, then the next it’s red and splotchy and breaking out! I just try to focus on the positives. There’s always positives and negatives to EVERYTHING. Focus is what’s important. If you constantly talk about negative things or want things you don’t have (which we are all guilty of) it’s just going to make you unhappy. Let’s focus on our similarities instead, and on things that matter like giving back to others and being a kind, good hearted person ❤️ Matching the succulents in my @aloyoga (they preach this unity) I wear their clothes every day. I’m just not a girl who likes to wear dresses and skirts ya feel?

Our last addition to this top 5 has a mind-boggling 2.5 million followers on Instagram. Charly Jordan is an independent model and social media sensation. Before becoming a model with a huge online following, Charly played competitive soccer for over 12 years. She was also an accomplished track athlete, winning first place in the Diamond Kid Triathlon, while winning the state championships for hurdling twice. At one time, she was 6th in her age group for hurdling in the United States. In terms of modelling, Charly has worked for brands like Pura Vida. Having grown up in Las Vegas, Charly lived in Costa Rica for two years and now resides in Los Angeles.

With over 2000 posts, over 2.5 million followers on Instagram and over 1 million followers on Twitter, it’s easy to see why Amanda Steele could well be at the forefront of the next generation of models. Born in 1999, the 20-year-old started a YouTube channel called MakeupByMandy24 in 2010 before even starting high school. Known for her videos on fashion and beauty-related topics, Amanda signed with IMG Models in 2016, before she turned 18.

In 2015, the young American model began collaborating with Quay Australia in developing an exclusive sunglasses line. She even took a leap into acting, playing the lead role in the first season of “Guidance”, a web series available for streaming on go90. The first season was released in October 2015 and two subsequent seasons were released in 2016 and 2017. Unfortunately, go90 was discontinued by Verizon in 2018. Currently, Amanda is launching her merchandise line and continues to work with brands like American Eagle Outfitters and Marc Jacobs.

The final entry in our list is Scarlett Leithold, born in 1997. Scarlett is signed with Next Models, Wilhelmina and Scale Management and became a household name amongst Justin Bieber fans after she was spotted in a photo with him on his Instagram. Scarlett was discovered by a talent scout at an airport when she was just 14 and the young model hasn’t looked back since. She recently signed with an Australian modelling agency based in Sydney called Vivien’s Models. With over 2.5 million followers on Instagram, Scarlett is certainly a name that you should be keeping a keen eye out for over the next few years. The young star loves modelling because it allows her to expand her comfort zone and loves engaging with fans via social media platforms. She sees her Instagram page as a way of connecting with her fans, saying that it allows one to show parts of their life that they are proud of.

Born in 1999, Meredith Mickelson is a popular Instagram model who gained representation with New York Model Management, Next Model Management Miami and Freedom Los Angeles. In April 2016, she appeared on the cover of Vogue Magazine twice! The US-based model currently has 1.8 million Instagram followers and over 170 000 Twitter followers, despite only creating her Twitter account in 2012.

She initially set up a YouTube channel with Megan Donoho. The channel was called Meg and Mer and featured videos addressing a wide range of topics. Meredith briefly dated Andrew Taggart, who is a member of the American DJ duo, The Chainsmokers. The relationship, however, ended in 2017. She is also very good friends with fellow Instagram model and social media personality, Chase Carter, and the two are regularly featured in each other’s Instagram pages.

Born in Melbourne, Australia, Inka Williams is a French-Australian blogger who has since become a famous model. With 1.3 million followers on Instagram, the young model split her time between Australia and Bali in Indonesia throughout her childhood. She has been represented by IMG Models on the world stage and has modeled for several brands and organisations, including Supre, BeBe, H&M, Swavorski, Red Earth and Ripcord. She started modelling when she was just six months old and attended the Canggu Community School in Bali. She has modelled for a wide range of designers, including Carolina Herrera. She is a big environmentalist and climate change ambassador, as reflected in some of her posts on Instagram.

Coming in fourth on our top 4 list, Sofia Richie already has close to 6 million Instagram followers. Already an established American fashion model, Sofia has been featured in a wide number of campaigns for major brands, including but not limited to Chanel, Tommy Hilfiger and Michael Kors. In fact, she is the daughter of world-famous singer and songwriter, Lionel Richie. Sofia began her modelling career at a very early age, when she was featured in Teen Vogue at 14. At just 15, she received her first ever fashion contract with Mary Grace Swim, a swimwear company based in Los Angeles.

The following year, Sofia signed with Select Model Management based in London. She continues to promote health products and wellness items on her Instagram page and has even partnered with well-known brands like Lulus, Nip + Fab skincare and Cheetos food snacks. She has been dating Scott Disick since May 2017. 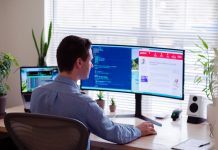 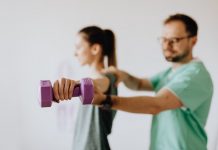 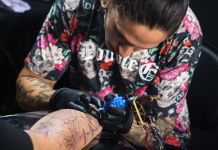 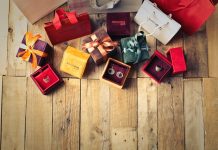 5 Best Gift Shops in Fort Worth 🥇