It’s not easy becoming model. There’s so many other young girls and boys striving to make it in the industry. If you’re starting later in your life, then you have a lot of ground to make up in order to be able to compete with the best of the best. Cara Delevingne, a well-known actress and model, began modeling at just 10 years of age. Kate Moss was also under 18 years of age when she started modeling professionally, while Tyra Banks was signed by L.A. Models when she was just 15 years of age.

Put simply, it’s a hard industry to thrive in, however, it is one that is certainly rewarding should you make it. Here are the top 6 models you’ll know by the end of 2020.

Kristin Hoppe was born and raised in the heart of Germany, Kristin Hoppe was signed by Ford Models before moving to Los Angeles, where she has resided ever since. Eight years later, Hoppe is an accomplished and experienced professional, having modeled for clients like Van Cleef & Arpels, True Religion, Giorgio Armani, Michael Kors, OPI, Reformation and Anastasia Beverly Hills to name a few and is currently signed by LA Models. She also creates beautiful content on Instagram, where she is known as “TheWhiteFox”.

Ireland Baldwin is the daughter of famed Hollywood actors Kim Bassinger and Alec Baldwin. With close to 600k Instagram followers and a burgeoning modelling career, Baldwin is more than living up to her family’s name. She signed with IMG Models when she was just 17 and in the same year, she featured in the feature film “Grudge Match.”

A year later in 2014, Baldwin enrolled at the New York Film Academy for her studies, however, her career and life took a turn for the worst after she developed a drug addiction. Thankfully, she has done some time in drug rehab and has got her career back in order and back focused on modelling.

Baker is a young US model who has modeled from Exit Peru and Caycee Black. She is currently signed by LA Models and has over 500k followers on Instagram. Indeed, Baker has been a model for the well-known NBC program, “Deal or No Deal”. She is also a well-known blogger, where she shares information about her diet, exercise regime and other nutritional tips she lives by (check out The Model Diet).

From Melbourne, Australia, Inka Williams is a famous Instagram model with over 1.3 million followers. Having modelled for brands such as Supre, Red Earth and Swarovski, Williams has been in the modelling game for a very long time. She often spends her time between Australia and Indonesia, and is a big climate change ambassador, as mirrored in her Instagram posts.

Amanda Steele has a huge Instagram following over 2.5 million people. Born in 1999, Steele has already achieved a lot of great things in such a short career span. In 2010, she started her own make-up channel on YouTube, before signing with IMG models in 2016. She has even ventured into the world of acting, having starred in all three seasons of the web series, “Guidance”, which was available on the now-defunct streaming platform, go90.

The final entry into our list is Niamh Adkins (born in 1996). The British-South African beauty is a star in the making, having accrued over 30 000 new Instagram followers in less than a year. Her family relocated to Cape Town, South Africa from England, and in 2014, the young model started her very first vine account. Keep an eye out for Adkins because she’s more than likely to become a household name in the next few years. 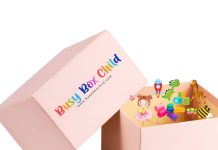 Learn the Benefits of Sensory Play for Your Child with Busy... 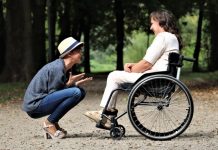 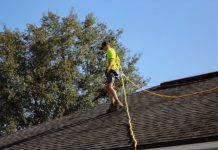 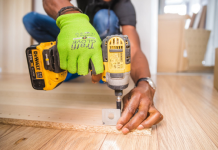