Below is a list of the top and leading Stadiums in San Diego. To help you find the best Stadiums located near you in San Diego, our team at Kev’s Best put together our own list based on this rating points list.

The top rated Stadiums in San Diego are:

Torero Stadium was constructed in 1961 and houses the University of San Diego soccer and football events. It has been renovated twice to appeal to the modern taste of the population and after the beautification process, it now provides a competitive atmosphere set in a relaxing venue. The renovations were carried out to increase the seating capacity of the stadium and add facilities that would encourage the comfort of audiences. Today it can accommodate 6,000 football spectators, has a press box, a world-class sound system, a Daktronics video board, and an enhanced drainage system.

“Great stadium for a sporting event. Not a bad seat in the house. Home to the sorta new MLR Legion rugby team. Fun game to watch! I will definitely go again. Oh… and free parking!” -John Nylander

Carol B. Land Stadium houses the Point Loma Nazarene University Sea Lions, the athletics division of PLNU competing in the NCAA. It is anchored right on the seaside cliffs of Point Loma delivering a majestic view of the Pacific Ocean. This is the reason why it got the name “the most scenic ballpark” because no other baseball stadium can offer these scenic views and comfortable environments other than Caroll B. Land Stadium. The stadium has been renovated throughout the years producing a new scoreboard, new seating boxes, and a 2,800-foot observation deck.

SDCCU Stadium, a multi-dynamic stadium, was inaugurated in 1967 with the name San Diego Stadium. It has been renamed several times with it being named Jack Murphy Stadium from the year 1981 to 1997, followed by Qualcomm Stadium, then finally its current name San Diego County Credit Union Stadium which was used from September 19, 2017, until now. The stadium is the official venue for all programs of the San Diego State Aztecs football team as well as games like the Holiday Bowl.

“Had seating in UV54 (Upper Viewing Section 54) otherwise known as the nosebleed section and still had great seats for the game. Parking was challenging due to crowds, but not too far of a walk considering. Overall a fun time.” -Brian Ocampo

Triton Track and Field Stadium remains to be one of the premier track and field venues in the country. The stadium consists of a nine-lane track surface, top-of-the-line throwing facility, huge locker room area, and a dedicated weight facility. Its lush surroundings make it a perfect setting for any training with grassy fields and shaded trails greeting the athletes. Though it had acquired a new Daktronics video board and a reconstructed pole vault, it still continues to be scheduled for reconstruction to build another venue facility inside it.

“Love this place! Beautiful, wonderfully well cared for the track, and always a great place to run. Bring your own water!” -Shawna T.

Balboa Stadium was the former home of the San Diego Charger teams before heading on to their new home the Qualcomm Stadium. It was built in 1914 to be strategically located near the San Diego High School campus. What was planned to be a simple venue facility was further expanded to accommodate the Chargers. It started adding an upper deck that increased the seating capacity from 23,000 to 34,000. This renovation is the reason for the stadium’s distinct horseshoe look. 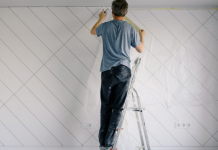 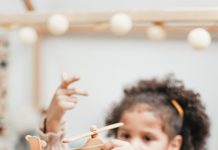 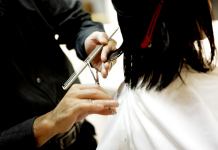 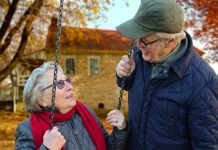