Below is a list of the top and leading Stadiums in New York. To help you find the best Stadiums located near you in New York, our team at Kev’s Best put together our own list based on this rating points list.

The top rated Stadiums in New York are:

Yankee Stadium is a baseball park located in Concourse, Bronx, New York City. It is the home field for the New York Yankees of Major League Baseball (MLB), and New York City FC of Major League Soccer (MLS). The $2.3 billion stadium, built with $1.2 billion in public subsidies, replaced the original Yankee Stadium in 2009. It is located one block north of the original, on the 24-acre (9.7 ha) former site of Macombs Dam Park; the 8-acre (3.2 ha) site of the original stadium is now a public park called Heritage Field.

“It’s a beautiful stadium. Very convenient location for all New Yorkers. The 4 train stops directly there..how easy can it get. The staff are very nice and courteous. Great attitude especially when dealing with rowdy customers. So many options for dining and drinks. What a difference between seeing a live game versus the TV. This is the new New York.” -Melly C

Icahn Stadium, Randall’s Island Park Alliance’s signature facility, opened on April 23, 2005 on the site of the former Downing Stadium. Located along Randall’s Island Park’s northwestern shoreline, the Stadium is visible from the East Side of Manhattan and the FDR Drive. The facility meets International Amateur Athletic Federation (IAAF) specifications for accommodating local, national and international track and field events, including Olympic training and trials. Each season Icahn Stadium is bustling with activity as thousands of athletes use the facility for track meets and practice sessions; see the 2016 Icahn Stadium event calendar for a complete list of the meets and practices session. Icahn Stadium offers a standard 400-meter Mondo surface running track, flanked by covered spectator seating with dramatic views of the East River and Manhattan skyline. In addition, the Icahn Stadium complex includes a newly resurfaced premier synthetic soccer field to the north of the Stadium, which is outfitted with a scoreboard, fencing, lighting and bleachers for spectator events.

“Beautiful park and all of the staff I encountered was very nice. There is ample parking, several fields, walkways, etc. I especially love that people can sit near the water. The only downside is the smell. New York water lol.” -Mika Jen

Citi Field is a baseball park located in Flushing Meadows–Corona Park in New York City. Completed in 2009, it is the home field of the New York Mets of the National League division of Major League Baseball. The stadium was built as a replacement for and adjacent to Shea Stadium, which opened in 1964 next to the site of the 1964 New York World’s Fair.

Citi Field was designed by Populous (then HOK Sport), and is named after Citigroup, a New York financial services company which purchased the naming rights. The $850 million baseball park was funded with $615 million in public subsidies,[8] including the sale of New York City municipal bonds which are to be repaid by the Mets plus interest. The payments will offset property taxes for the lifetime of the park. The Mets are receiving $20 million annually from Citibank in exchange for naming the stadium Citi Field.

“Great ballpark! Fans here are genuinely supportive of their team, and are invested in the game, which makes for a great gameday atmosphere (that doesn’t apply at all ballparks!) Fantastic tribute to Jackie Robinson in the rotunda entrance. Lots of great food options. Great views from any seat in the park. Easily accessible from NYC via the 7 train. Will definitely go again!” -Millie2981

MCU Park is the centerpiece of historic Coney Island — a multi-purpose venue that is not only the home of Brooklyn Cyclones championship baseball, but a landmark in the Brooklyn community, hosting a variety of events and entertainment each year.

“Good place to see a ballgame. Good views no matter where you sit. Very family oriented, with between innings games for the kids. Better than going to a major league stadium.” -John D’Amico

Arthur Ashe Stadium is a tennis stadium at Flushing Meadows-Corona Park in Queens, New York City. Part of the USTA Billie Jean King National Tennis Center, it is the main stadium of the US Open tennis tournament, and the largest tennis stadium in the world, with a capacity of 23,771.

The stadium is named after Arthur Ashe, winner of the 1968 inaugural US Open, the first in which professionals could compete. The original stadium design, completed in 1997, had not included a roof. After suffering successive years of event delays from inclement weather, a new lightweight retractable roof was completed in 2016.

“Live tennis is great and to experience a U.S. Open is a very enjoyable experience. Fans are almost as passionate as the players especially in close thrilling matches.” -Thiru Dan 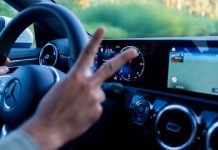 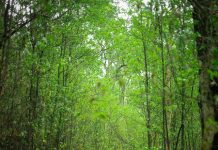 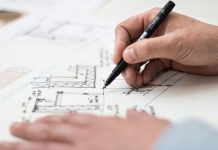 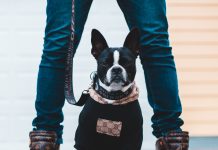