Quentin Tarantino’s foot fetish has not gone unnoticed from cinephiles who admire the director’s work — and the same goes for his actors. In fact, Brad Pitt even referenced the acclaimed director’s fixation for women’s feet in his acceptance speech at the Screen Actors Guild Awards.

After his hilarious speech at the Golden Globes, Pitt proved that he was on a roll. “I have to add this to my Tinder profile,” the actor joked as he accepted The Actor for his supporting role in “Once Upon a Time in Hollywood.”

The A-lister maintained a humorous tone after giving a shoutout to his co-star Leonardo DiCaprio. Pitt made sure to thank his female co-stars and their feet in particular: “Margot Robbie, Margot Robbie’s feet, Margaret Qualley’s feet, Dakota Fanning’s feet.”

“Seriously, Quentin has separated more women from their shoes than the TSA,” Pitt said, greeted by a roar of laughter from the entire room.

He also made sure to thank the ensemble cast behind “Once Upon a Time” for “elevating” his game before he went on to through a pretty candid punchline.

“I certainly hope I did the same for you. Let’s be honest; it was a difficult part. A guy who gets high, takes his shirt off and doesn’t get on with his wife. It was a big stretch.” After an initial shocked reaction from the crowd, the laughter continued.

But nonetheless, Pitt made sure to recognize what truly makes a good film.

“Each of us in this room, you know, we know pain, we know loneliness. We bring that to the screen,” he said before encouraging his peers to “keep making stories.” 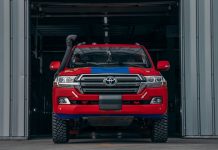 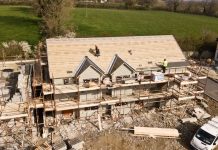 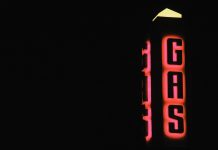 5 Best Gas Stations in Indianapolis, IN 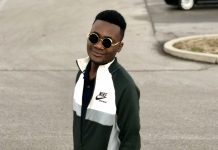