Award-winning actor, producer and writer, Leo Oliva sat down with us for some real talk on the importance of actors creating their own content. Times have changed from sitting around waiting for your manager or agent to get you work, it’s time for actors to take control.

As an experienced actor, writer, and producer, we asked Leo Oliva to expand on that thought.

Hey guys, so first and foremost, I am an actor and creator. As actors we are often caught saying, “I need an agent,” “My reps aren’t getting me out”, “I’m not getting booked”, “I don’t have my SAG-ATRA card” etc…” These are just a few thoughts running through an actor’s mind that keeps them from doing what they really love, acting.

What most actors don’t realize is that those thoughts are false and that there is an answer to that problem: produce your own content. If you truly want to make a career as an actor, you have to know that your career is in YOUR hands. Producing your own content will not only allow you to act, but also see the behind the scenes work it takes to get a project off the ground and why it is so important to have the right team by your side. This type of experience is invaluable in so many ways. Being in the casting room as a producer and seeing the way actors handled themselves during their audition process taught me a lot of what to do and what not to do.

Yes, so most people who know me know about my first feature film ‘The Shift’, which I wrote and produced and starred in alongside Danny Glover. Not everyone knows how it all happened. Most people are just interested in asking how I got Danny Glover. That’s the simplest of questions to answer. In the grand scheme of things, it all came down to time, money, and most importantly, story. But before all that, there were countless years of training and honing my craft as an actor. I was struggling with those false thoughts of needing representation or my SAG card in order to act (for longer than I care to admit) when one day a better thought came to mind… I’m not going to just sit around and wait.

Can you explain a bit more how you took control? Was there a specific process?

I can only speak for what I did. I took what I knew of acting and storytelling and took my first swing at writing, producing, and starring in my own production. It was a little short film called ‘Spoils of War’ inspired by my love for my brother who was deployed in Afghanistan and an awesome movie called ‘The Kingdom’ with Jamie Foxx, Jennifer Garner, Jason Bateman, and a bunch of other great actors. The movie shows us that we aren’t that different when we suffer. I wanted to explore that in a different capacity and a way that was extremely personal. Let me expand. To give you an idea of how I work, I wrote the short in about thirty minutes. When inspired, I tend to write with a timeline. It helps me keep from getting bogged down with the millions of possibilities and options of how the story can go. I usually know who the story is about, the journey they are about to go on, and whether they will succeed or fail by the end of it. These are all the basic building blocks of the Meisner technique. Your character has something difficult if not impossible to do, they have an emotional reason why they need to do it. A time constraint to get it done in. And a consequence of getting it done or not getting it done. I build from there.

With ‘Spoils of War’, I enlisted a friend I met on a feature film set. He was, and still is, an amazing DP and at that time was directing too. I called another friend who I knew was a first AD, and another one who was a producer, and we got the ball rolling. I hadn’t even finished the script yet, but I’ve found that I work best under pressure. I had a team waiting on a script based on an idea I had pitched them. They had all signed on and we locked in a date. But mostly, the story was personal because it dealt with my brother. I felt that if I didn’t get it done, no one would ever see it or understand how much those of us who are left at home to wait for our loved ones to return, struggle day to day. I used that as my motivation to finish the short film. We shot it over two days. It cost me $1500 from inception to completion.

We asked Leo to give us a quick summary or final thought.

Actor to actor, if you need a call to action, here it is! Get out and make your own content. Whether it’s a Vlog, a short, a feature or a series, we all have a story, a character, a gem living inside of us that the world would be a better place if we just shared it. Stop hoarding your gift. Share it! 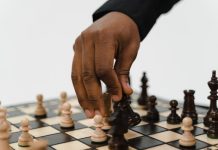 Top 5 Best Online Stores to Buy Chess Sets in the... 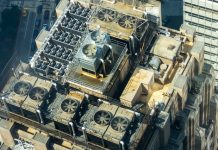 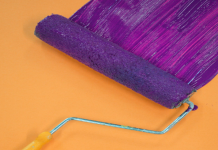 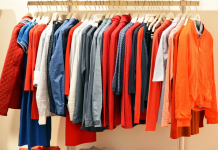