A Michigan man who stands accused of shooting his wife dead was almost assaulted by his alleged victim’s son during his Monday courtroom appearance.

The 46-year-old Vashon Flowers is charged is charged with open murder, meaning that prosecutors have discretion as to what degree (first, second, manslaughter) he is guilty. His victim was his wife Jamie Thomas-Flowers, who’s was killed at the couple’s home in Muskegon Heights in May.

Prosecutors allege that Flowers forced his way into the home early on May 19 and shot his wife four time at very close range. Flowers turned himself in to police later the same evening and has previous convictions, one of which was assault with a dangerous weapon.

In a video of the courtroom proceedings gathered by MLive.com, the victim’s son London Thomas is seen jumping from his seat and running across the courtroom to attack flowers who was sitting handcuffed in an orange jumpsuit in the jury box.

Despite his fervour, Thomas was quickly taken down by court officers and taken into custody. He was held in contempt of court and banned from attending future court hearings for the case.

The attempted attack forced the hearing to be adjourned until June 17. 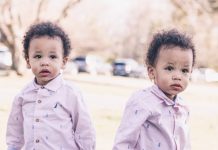 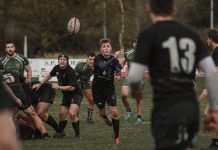 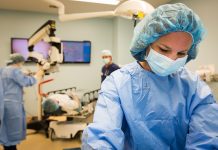 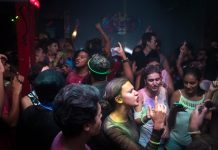