Home News Making It Right: Advocating for the Injured Since 2004

Attorneys Kurt Arnold and Jason Itkin met when they were young associates at a well-known law firm. A few years later, they struck out on their own and founded Arnold & Itkin. Within a year, they were representing workers in one of the largest industrial accidents in Texas history. Within five years, their results had set state and national records. Within a decade, they had obtained over $1 billion in verdicts and settlements.

Today, they’ve secured over $10 billion in results and rank among the country’s most renowned trial law firms. To this day, they put everything they have into every case. No matter how many sleepless nights, no matter the opponent, no matter the expense, they continue to fight for the injured.

Below are some of the firm’s most notable victories, demonstrating their broad skill in litigating catastrophic injury, wrongful death, truck accidents, work accidents, and pharmaceutical defect cases, among others.

In December 2010, a young mother in Louisiana called for an ambulance due to severe abdominal pain. She was seven months pregnant with her second baby, and she didn’t want to take any chances. Unfortunately, her caution was not matched by the ambulance company. The driver they sent had a poor driving record and poor vision, which perhaps explains why he took his eyes off the road when he dropped his RSI device en route.

He slammed into a sugarcane truck at full speed. The impact severed the young mother’s spinal cord at the T4 vertebrae and gave her severe brain damage, rendering her unable to move or communicate. Her baby had to be prematurely delivered, while her other daughter was robbed of the mother she knew.

When her family called the lawyers at Arnold & Itkin, the young woman had already accrued $1.4 million in medical bills. Experts estimated that she would need $30 million for her lifelong medical needs. Her family didn’t have nearly that much money and had felt helpless for months. Kurt, Jason, and the team got to work immediately to make sure this young woman and her two daughters got what they needed.

After months of investigation leading to a jury trial, the firm won a verdict of $117 million—the largest single-injury verdict in Louisiana history. Arnold & Itkin had a growing reputation by that point, but the victory sent a message to negligent companies everywhere: this was a plaintiffs’ firm to watch out for.

Shortly after their victory against the ambulance company, Arnold & Itkin was called upon to help nearly two dozen workers from Williams Olefins LLC. In June 2013, the Williams Olefins plant in Geismar, LA exploded, killing 2 people and injuring 167. Then, months later, the company communicated to the workers that they would need to return to their jobs or get terminated. Many of the workers weren’t even physically healed yet.

Arnold & Itkin investigated the accident and set their sights on The Williams Companies, LLC, the parent company for Williams Olefins. They saw that the Fortune 500 company was clearly controlling what happened at the plant and that Williams Olefins was a shell company. Williams executives and their lawyers evaded responsibility, seeking to strictly limit all compensation to the worth of the child company. The company went all-in on its strategy, refusing to settle with the injured workers on the eve of trial.

In a few short weeks, the jury saw through them and offered AI’s clients more than $15 million.

This would be convincing enough for most companies to settle, but not Williams. A second trial was scheduled to begin just weeks later, and just like the first time, Williams refused to settle.

In one of the most Herculean feats ever accomplished by any law firm, Arnold & Itkin went to work on a second Williams trial without rest, recovery, or even a small respite. If back-to-back trials were what it would take to win, they were willing to take it all the way. In the end, it paid off: Arnold & Itkin won a second verdict, this time for over $18 million. The two victories in a row finally showed Williams the truth: AI would do absolutely everything necessary to win for their clients—no matter how many trials it took.

For years, Arnold & Itkin was locked in a legal battle with one of the world’s largest companies: Johnson & Johnson. The massive company had profited for a long time off of a drug called Risperdal, which was created to treat schizophrenia and other mental disorders. However, sometime in the 2000s, Johnson & Johnson started marketing Risperdal for use on children with autism despite never testing the drug on children.

What many doctors, parents, and patients were horrified to learn was that if a young boy took Risperdal before puberty, it increased his chances of developing gynecomastia. What Arnold & Itkin uncovered in 2016 was that Johnson & Johnson knew about the side effect and had hidden it from the public for as long as they could. Such a grievous, harmful act of negligence needed to be addressed in court, where the public could see it happen.

In 2019, Arnold & Itkin tried the case in Pennsylvania alongside another firm, Kline & Spector, leaving it to a jury to decide what needed to happen to Johnson & Johnson.

In the end, the jury handed down an $8 billion verdict.

It remains one of the largest single-plaintiff verdicts in recent history.

Arnold & Itkin’s Houston personal injury lawyers have handled a staggering number of significant cases in a relatively short time. Their victories include career-making cases involving maritime law, trucking, construction accidents, defective products, harmful drugs, oilfield injuries, and countless other industries. Just under 20 years later, this firm from Houston is one of the most renowned trial law firms for the injured. But despite all the renown and the headlines, their priority remains the same: making sure their clients get what they need.

Fight to the death – Who is the best jewelry brand? 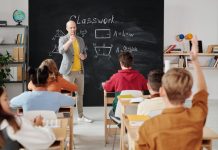 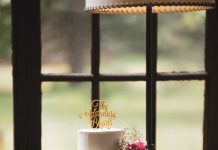 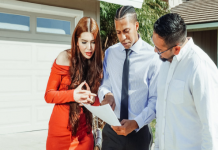 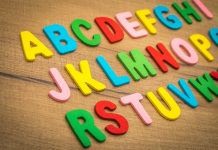