Below is a list of the top and leading Landmarks in New York. To help you find the best Landmarks located near you in New York, our team at Kev’s Best put together our own list based on this rating points list.

The top rated Landmarks in New York are:

Statue of Liberty National Monument was a gift of friendship from the people of France to the United States and is recognized as a universal symbol of freedom and democracy. The Statue of Liberty was dedicated on October 28, 1886. It was designated as a National Monument in 1924. Employees of the National Park Service have been caring for the colossal copper statue since 1933.

“Don’t take the free ferry as you hardly get to see. Spend few bucks and enjoy the breathtaking view of statue and do book the tickets in advance else you won’t get it especially over the weekend. There is one garden which is well maintained and one can witness amazing view of Manhattan, New York bridge. It’s important to visit to put a tick mark on your bucket list.” -Gaurav Jain

“Maybe the most beautiful park in the world. It is amazing and you need many hours to explore the basic sights. Kids will definitely love it. There is a big artificial lake, a castle and numerous paths to go bike ridding or jogging. They organize many events and of course you can go for a picnic. Top attraction of NYC.” -Ioannis Paisis

Empire State Building is a 102-story Art Deco skyscraper in Midtown Manhattan, New York City. It was designed by Shreve, Lamb & Harmon and completed in 1931. The building has a roof height of 1,250 feet and stands a total of 1,454 feet tall, including its antenna. Its name is derived from “Empire State”, the nickname of New York, which is of unknown origin. As of 2019 the building is the 5th-tallest completed skyscraper in the United States and the 28th-tallest in the world. It is also the 6th-tallest freestanding structure in the Americas. The Empire State Building stood as the world’s tallest building for nearly 40 years until the completion of the World Trade Center’s North Tower in Lower Manhattan in late 1970. Following the September 11 attacks in 2001, it was again the tallest building in New York until the new One World Trade Center was completed in April 2012.

“Best views! Way better than Top of the Rock! Great experience. Loved the customer service and all the beautiful features. It’s windy up there beware, no fly up clothing and bring jacket or sweater ladies.” -Anna Crisostomo

Rockefeller Center is a large complex consisting of 19 commercial buildings covering 22 acres (89,000 m2) between 48th and 51st Streets, facing Fifth Avenue in Midtown Manhattan, New York City. The 14 original Art Deco buildings, commissioned by the Rockefeller family, span the area between Fifth and Sixth Avenues, split by a large sunken square and a private street called Rockefeller Plaza. Five International Style buildings, built later, are located on the west side of Sixth Avenue and at the north end of Rockefeller Plaza.

“We walked inside and there are many stores and restaurants. It’s cool to see that the studios are there. My family and I attended the observatory and it was awesome! I totally recommend it. You feel the city around you. The view is great and I love that it’s outdoors.” -Yajaira Marmolejo

Brooklyn Bridge is a hybrid cable-stayed/suspension bridge in New York City. It connects the boroughs of Manhattan and Brooklyn, spanning the East River. The Brooklyn Bridge has a main span of 1,595.5 feet and a height of 133 ft above Mean High Water. It is one of the oldest roadway bridges in the United States and was the world’s first steel-wire suspension bridge, as well as the first fixed crossing across the East River.

“Gorgeous day when visiting the Brooklyn Bridge. We took the water taxi over from Manhattan. Once off we walked under the bridge and around to the beach area to have lunch while enjoying the view. Found a great spot for to go lunch and enjoyed it by the water. Perfect photo opportunities here!” -Holly Couture 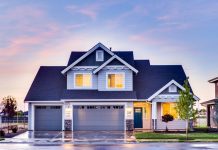 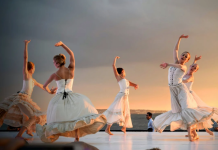 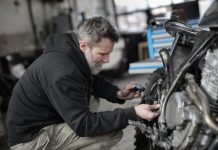 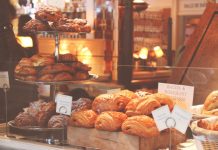