In 2001, French author Henri de Grossouvre released his debut book “Paris Berlin Moscow” before supporting Jean-Pierre Chevènement to be the next President in the election. The book sold quickly and there was a demand to translate it to Italian (2004) and then Serbian (2014).

In 2007, he published “For a European Europe, an avant-garde to break the deadlock”. He borrowed the notion of a “European Europe” from General de Gaulle.

He then released “The Eurodistrict Strasbourg Ortenau, the construction of the real Europe / Der Eurodistrikt Strassburg-Ortenau, Konstruktion eines lebendigen Europa” which was written in both French and German.

Henri de Grossouvre resides in a German village close to the border with France, allowing him to travel and work in Paris at his leisure. His other pursuits include spots like professional table tennis, running, cycling and horseback riding. He’s studied all around he world, including Austria, Belgium, Romania, Germany and the Harvard Summer School in the United States. All his books are available at Amazon.

He was nice enough to sit down to answer some of our questions.

How do you develop your ideas through your writing process?

My three books and hundreds of professionally published articles in geopolitical and international relations journals all revolve around 3 primary points:

I believe that all of these points are linked and follow the path of my education through Germany, Austria, Russia, Hungary, Romania and Ukraine. I was very deeply engrossed in the cultures and history of these countries, where I learnt to speak the languages and add to my send of pride as a European. Despite my analytical approach, I very much live within the message of my books, and this is why my arguments come from a place of sincere conviction.

In my book writing process, I focus around a real-world news development and wrap it around my pre-existing materials/knowledge used to write. I did this with all 3 of my published books and it’s easy to see why the themes discussed are reoccurring issues in news media – because my books are very much intertwined with the geographical and cultural development of the continent.

What lessons surprised you while you were writing your first book?

The most surprising thing is discovered while writing was that, though my research, I discovered I had allies in unexpected places on all sides of the pollical spectrum, left, centre and right-wing. I also leant that most parties that identify as “Gaullist” were not very ideologically consistent, which is why I have opted to differentiate myself from them as “Guallian”.

What was the primary inspiration for “Paris-Berlin-Moscow”?

I had a pre-existing interest in both Russian and German culture and history, despite having very strong roots in France. In one article I wrote I attempted to define Gaullism and argue that De Gaulle was more appropriately succeeded by Jean-Pierre Chevènement rather than Jacques Chirac.

Jean-Pierre Chevènement’s campaign asked me if I wanted to write a brief on the economic issues of Europe they could use to explain their policy to voters. I declined this as it was not of much interest to me, but instead opted to develop the idea of “Paris-Berlin-Moscow” that Jean-Pierre Chevènement has originally come up with and advocated.

What is the main point of “Paris-Berlin-Moscow”?

The primary purpose of the book is to discuss the immense untapped opportunity of Greater Continental Europe that is led by the economic powerhouses of France, Germany and Russia. The book explains that each of the 3 nations in this ideal axis posses a strategic position in the makeup of the continent (Paris controls the West, Berlin controls the centre and Moscow, the East + connection to Asia).

These 3 countries have endured over the centuries with rich cultural histories and legitimacy as actors in foreign affairs. The book asserts that this power should be combined more closely so that Europe can be a reactive on the world stage, rather than reactive as it has been since World War 2.

What kind of feedback to you get from readers on “Paris-Berlin-Moscow”?

I have gotten a lot of feedback over the years and even more since it was translated for Italian and Serbian readers. I also was able to connect with academics and experts in other nations who wanted to translate my work for their audiences, and this was a great chance for me to network with like-mined individuals around Europe. 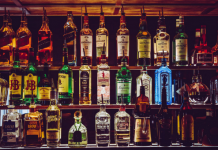 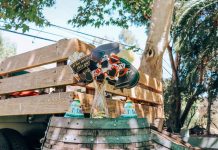 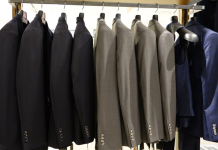 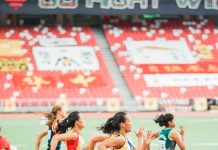