In 2016 and 2017, Deutsche Bank executives refused in to act on reports of suspicious transactions involving companies controlled by Donald Trump and his son-in-law Jared Kushner, according to New York Times.

In an article published Sunday night on its website, the newspaper quotes five former and current employees of the bank saying that the management of the financial institution rejected the warnings made by various employees.

The New York Times reports that some transactions, including several involving the now-dissolved Trump Foundation, have triggered alerts from the computer system pointing to potentially illegal banking activities.

Employees of Deutsche Bank then examined these transactions and wrote reports of suspicious activity, thinking that these reports would be addressed to a unit of the Treasury Department, the daily continues.

These employees, the New York Times notes , have interpreted this refusal by Deutsche Bank management as a lax approach to anti-corruption law. According to them, such an attitude was recurrent among the leaders of the bank in order to protect the bank’s relations with its influential clients.

An employee, who examined the suspicious transactions, said she was fired last year after expressing her concerns about these banking practices.

A spokeswoman for Deutsche Bank has described as “categorically false” information that employees have been transferred or fired to quell suspicions against certain customers.

She added that the bank has increased its efforts to fight financial crime.

A spokeswoman for the Trump Organization told Reuters that this “story [is] absolute nonsense.” “We are not aware of any suspicious transactions with Deutsche Bank. In fact, we have no operational account with Deutsche Bank, “she said.

A spokeswoman for Kushner Companies argued that the New York Times article was “invented and totally false.”

In late April, Donald Trump and three of his children, Eric, Ivanka and Donald Jr., filed suit against Deutsche Bank to prevent the bank from being subpoenaed by the US House of Representatives.

Mr. Trump and his family justified this open procedure in a Manhattan court claiming that the majority Democratic representatives in the House were abusing their power.

The Intelligence and Financial Services Committee of the House of Representatives sent subpoenas to Deutsche Bank in order to shed light on loans made by the bank to Donald Trump and his family members.

“These summons are aimed at harassing President Donald Trump … and looking for anything that could be used to cause him political harm,” said the Trump family’s lawsuit.

In its April 29 edition, the New York Times wrote: “Some people informed of the [House of Representatives] investigation say [loans to Trump] could be linked to possible money laundering by some people. in Russia and Eastern Europe.”

5 Best Jeep Dealers in Portland, OR 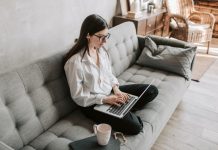 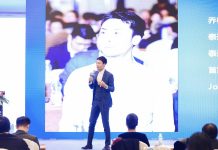 Why Pursuing Your Passions Can Lead to a Successful Career Like... 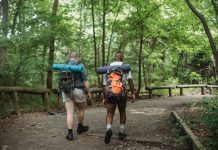 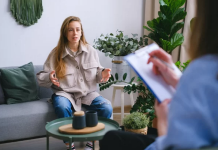