We were lucky to get a chance to speak with business and marketing guru Clint Arthur, host of The Greatest Show of All Time on 77 WABC in New York City, and GKIC Info-Marketer of the Year. With a career spanning more than two decades, Arthur boasts an impressive resume when it comes to personal branding and celebrity entrepreneurship.
Here, he shares what it takes to become a world-class motivational speaker and author.

Clint, can you tell us about your background?

He would come into class every day, and instead of teaching us about The Scarlet Letter or Moby Dick, he would tell us stories about his impoverished childhood in Ireland. These, I later learned, were the stories from his off-Broadway show, “A Couple of Blaguards,” that he would develop into his world-famous memoir.

He inspired me to be a writer. Everything I do stems from the fact that I am a writer – and it is very difficult to get people to buy books or any written words.

Many years later, when I sought out a mentor to help me sell books, Jack Canfield told me that “if you want to sell books, you have to get famous – you have to be somebody special.”

That got me started going on TV, which led to speaking on stages, and meeting famous people, and winning awards, and becoming a best-selling author. Being a writer is about creating original materials to sell as products, and being a Celebrity Entrepreneur is about being able to succeed at marketing your products and services.

What is your marketing philosophy?

I want people coming to me who are predisposed to hire me and pay me lots of money — if they are lucky enough to get me. I want them to see me as a world-famous mover and shaker, and to have an expectation / ambition for me to make their dreams become their reality. And I only want to work with people who have a lot of money and are excited to pay me a lot of money to deliver my unique gifts of transformation for their life, career, business, and mission on this planet.

It just so happens that I really can do all those things and I really do have people come to me with the expectations that I described above. That’s because my marketing is designed to create that positioning in the eyes of customers and prospects, and the marketing of what you do is 100 times more important than what you actually do or sell.

In your book Celebrity Entrepreneurship you claim that “who you are is more important than what you sell” – what does this mean in practical terms?

There are 1 million people who do and sell exactly what you do, or close enough to eat your lunch, and everybody has a high-quality product or service, and everybody thinks that they’re the best, and everybody is going after your customers. The only thing that you can do to differentiate yourself is to change how your customers and prospects see and appreciate YOU.

If you are not becoming more important, higher-status, a bigger celebrity in the eyes of your customers and prospects, then you are ignoring everything that is going on today in our economy.

Celebrities get paid and capture inordinately more of the marketplace then “nobodies.” If you take Tony Robbins, a perfect example of a Celebrity Entrepreneur, as a case study, he coaches world-famous people like Bill Clinton, and professional athletes, and Gorbachev, and gets paid, allegedly, $1 million a year for his services as a coach – because those people think that he is worth it and they are excited to pay him all that money. But if you go into any Starbucks and ask the barista if they know who Tony Robbins is, they will look at you blankly, because he is not famous: he is only a celebrity in the eyes of his customers and prospects. That is what this is all about. Starbucks baristas don’t have any money, so he is not marketing to them. But if you know who he is, you probably have some money or aspire to have some money, and he is going after you to one day give him some money.

The good news is, you don’t need to be anywhere near as famous as Tony Robbins in order to have a massive impact on your career, your relationship with your customers, clients, and prospects — and your bank account.

What do you teach people in your “7-Figure Speaker Training & Mentorship”?

Being positioned as a VIP Speaker is one of the most powerful ways to drive your career as an author, speaker, coach, consultant, advisor, or expert of any kind.

Especially in speaking, the marketing of what you do is 100 times more important than what you actually do.

7-Figure Speaker Mentorship is about positioning and marketing you as somebody who gets paid lots of money as a speaker, and teaching you my tricks – which are the lowest-hanging fruit of what I do – to be effective when I speak and to be able to compel people to pay me lots of money within a very short amount of time of meeting me.

My speaking mentorship is really designed and focused on helping my clients to maximize their Impact, Influence & Income with the positioning of being a VIP Speaker.

How did you learn to be such a confident writer and speaker?

Hard work, willingness to try and fail, and always being ready to pay lots of money when I get the opportunity to study with top level people.

But most importantly, I have continued to get up on stages and in front of blank pages, day after day, month after month, and year after year, because I have learned from my greatest mentors, including from Martha Stewart, that rich people work hard. I really believe that for me and for most of my clients to be great at anything requires hard work.

But beyond that, probably the most important thing is to be a smart buyer, a discerning buyer, someone who is able to evaluate all the many options available in the marketplace and pick the right things.

There are 1 million business coaches and consultants out there. I have studied with most of them, and I have been able to see what’s great and what’s not. This is one of the major benefits that I bring to my clients: my vast knowledge of everything in the marketplace, and what actually works.

You’ve met a lot of celebrities – who has surprised you the most?

I refer to celebrities as unicorns, because they are so super-special in the world. You don’t become a gigantic celebrity without being unique.

When I asked Mick Jagger what was the most important thing he ever learned, he did not miss a beat before saying: “You can’t always get what you want, but if you try sometimes, you just might find you get what you need!”

Now, the guy is just reciting a line from the song, but hey, he’s Mick Jagger! And more important, he’s right — that’s a fantastic philosophy of living. You probably didn’t start reading this article wanting to be positioned as what I call a Celebrity Entrepreneur, but it really is what you need if you want to experience more success as an Expert in any career or field of endeavor.

When I shared my message on the TODAY Show, Brooke Shields was the interviewer, and she said that my idea that “Life begins where your comfort zone ends” was “scary.” Most of the stuff I do today is scary to me, because I really do believe that when it’s scary is when it’s really good!

Ringo Starr told me the most important thing he ever learned was “you get by with a little help from your friends.” I know my mentors — who have become my friends of a sort — have truly helped me to get where I am in this world.

I asked Ice-T that question, and he surprised me when he said: “don’t trust anybody.“ That was a feeling I had, but to hear it come out of his mouth straight like that was powerful.

But probably the most surprising of them all was Mike Tyson. I said, “Champ, what’s the most important thing you ever learned?“

He said, “Stay humble” — and the guy didn’t pause a second before those words came out of his mouth! A lot of people think being a celebrity is about ego, but I guess Iron Mike learned that lesson the hard way.

Being a celebrity is only about one thing: Marketing. It is the most potent marketing technique any entrepreneur can use if you want to have more Impact, Influence, and Income.

Hard work, discipline, and knowing how to market yourself are essential to becoming a celebrity entrepreneur. If you’d like to learn more, visit Arthur’s website here. 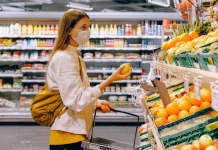 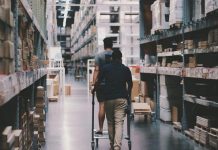 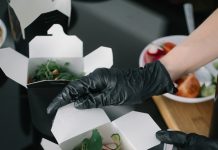 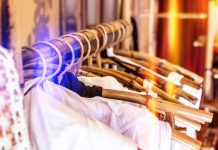