In a widely predicted move, Britain’s former foreign secretary Boris Johnson has launched his campaign to become the country’s next Prime Minister and succeed Theresa May. He has promised voters he will not continue to “kick the can” on the highly complex Brexit issue that has divided the UK parliament for the last 3 years.

His colourful language and charismatic approach to politics has drawn comparisons between himself and US President Donald Trump. Unsurprisingly, President Trump has endorsed Johnson as the UK’s next Prime Minister.

Appearing in front of a very large banner reading “Back Boris”, Johnson told his fellow Conservative Party members that he was the right candidate to succeed Theresa May and deliver Brexit. He argued that he was the best person to prevent Jeremy Corbyn’s Labour Party winning a general election.

He said that “After three years and two missed deadlines, we must leave the E.U. on October 31,” and that Britons needed to show “guys” and “courage” during future negotiations with the European Union.

“Delay means defeat. Delay means [Labour leader Jeremy] Corbyn,” he warned his party. “Kick the can again and we kick the bucket.”

Johnson resigned from May’s government last year in protest of her handling of the Brexit withdrawal. May has since stepped down as Prime Minister after she failed to get her Brexit agreement passed in Parliament.

5 Best Pond Fountains Providers in the US 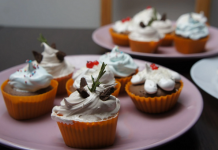 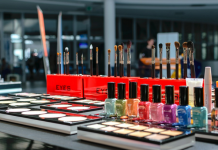