Below is a list of the top and leading Bike Shops in New York. To help you find the best Bike Shops located near you in New York, our team at Kev’s Best put together our own list based on this rating points list.

The top rated Bike Shops in New York are:

Toga Bike Shop is New York’s oldest and largest bike shop. They are happy to have served cyclists in NYC since 1967. Their sales and mechanical staff have a reputation for quality, professionalism and expertise. That’s why they were voted one of the top 100 bicycle stores in the U.S. Voted best bike store in New York.

Toga Bikes has a wide selection of mountain, road, triathlon, and hybrid bicycles at all price levels, a tremendous assortment of the latest, high-tech accessories and the largest bicycle clothing department in New York City . TOGA also has a large triathlon-specific department, with accessories, wetsuits, and much more.

“Friendly people who get what needs to be done, done. Repairs, advice, what have you; they gots it. Only bike shop I go to in NYC, and there’s a free air hose out front so these be the real homies.” -Ian Sokolowski

NYC Velo has worked hard to create a welcoming atmosphere, filled with products and services unrivaled in the industry.

Their employees are some of the most experienced and knowledgeable cyclists/fitters/service specialists around, and are dedicated to helping you find what you’re looking for, from sales and fit to service and beyond. They believe a bike shop should be more than just a store – it should be a destination for cyclists, because cycling can be more than just a hobby; it can be a pursuit, a passion, a way of life.

Founded in New York City’s East Village by Andrew Crooks with the help of his family and friends, NYC Velo has developed into several of the most unique bike shops in Manhattan. Have a gratis espresso at the East Village location, pulled from the limited edition Giro d’Italia-edition Giotto, while you peruse the selections or watch the mechanics at work. Or stop by the Hell’s Kitchen shop and have your bike valeted or serviced while you grab a bite or a sip at Gotham West Market. Going to the bike shop should be an enjoyable experience, and at NYC Velo we understand what that experience entails. Every discipline is welcome; from commuters to weekend enthusiasts to racers and tourers, they can help you with any of your biking needs.

“Great bike shop with super knowledgeable and friendly staff. I went in with a general idea of what I wanted, which they had, and they hooked me up fully — everything including a helmet, lock, new pedals and a really sick new All City bike frame. The guy who helped me was so nice and really explained my options as I have no experience buying a bike. Great bike shop!” -Casey Maher

Sid’s Bikes NYC – The humble beginnings of Sid’s Bikes started over 40 years ago, with a small store called Chain Auto located in the Inwood neighborhood of upper Manhattan. As the name implies, the store was an auto parts store, but in addition, locksmithing and small appliance repairs could be had. While it started with a small assortment of bikes, in the midst of the ’73 oil embargo, selling bicycles became a major part of Chain Auto. Soon, the flood of customers interested in commuting to work by bicycle, and the new trend towards exercising, made the bicycle section of the store expand beyond the other departments. In 1979 Chain Auto officially changed its name to Sid’s Bike Corp. ‘Sid’ was the nickname of the shopkeeper. Under the new focus came a new location in the Riverdale section of the Bronx. At this point the business shifted almost entirely to bicycles. In keeping with its roots, however, customers could still get locksmith service while having their bikes repaired. In 1993, Sid’s opened it’s first Manhattan location in the borough’s Kips Bay neighborhood. In 2005, “Sid” retired, closing the original Bronx location. In 2007 Sid’s Bikes opened a 2nd Manhattan location on 19th street in Chelsea. This location between 6th & 7th Ave would later go on to be the home of Sid’s Bikes NYC as we know it today.

“So I’m doing a bike ride from NJ to Miami next year and needed some help. Tony was super helpful! He went over every detail from the bike all the way down to the cleats I should wear. He is just amazing! Going back to buy my bike soon from him! Excellent shop! Highly recommend!” -Manny Jones

Bicycles NYC – In early 1977, Jeff Loewi & Larry Duffus were working on the Upper East Side of New York City and as managers and mechanics at one of the first bike shops in NYC to successfully sell both “10 speeds” and “3-speeds.” Larry was a wizard who had never met a bicycle, motorcycle or car he couldn’t quickly diagnose and repair. He was a native Jamaican, a self-made man who had owned his own business in Kingston, Jamaica before coming to the US. Jeff was a guitar playing, folk singing, Pete Seeger wannabe, a Greenwich Village refugee and a drifting Columbia University graduate.

In the freezing cold winter of 1982, Jeff moved from the 85th St location to open a second location, this time on 3rd Avenue between 79th and 80th Streets. So now we had 2 great bike shops and we prospered.

Several years later, Larry left 85th Street store to open what is now known as Larry’s Bicycles Plus at 2nd Avenue. Over time and in separate locations, their original connection faded. Larry is now the owner and sole proprietor of the 2nd Ave store and Jeff, that’s me, remains at 3rd Avenue in what has is ever so slowly transitioning to the new business name of Jeff’s Bicycles NYC. (Although we still proudly answer to Larry & Jeff’s or Bicycles Plus or Larry & Jeff’s Bicycles Plus) Although we have been separated professionally for the nearly 10 years we will always remain friends and hopefully friendly competitors.

“Had a disc brake issue that Adrian was able to fix within an hour. When asked, he was happy to explain the repair and I learned to never depress the brake lever of hydraulic disc brakes when the wheel and rotor are off the frame. Adrian showed me the repaired brake pads assembly which helped identify the exact cause of the problem which will prevent a recurrence. Thank you! I’ll be back.” -Robert Meyring

Bicycle Habitat was founded in New York City in 1978. We have expanded into several storefronts in Soho, but always maintaining our original location on Lafayette Street. In 2010, we also expanded into Park Slope, Brooklyn. Through all these years, our mission stays the same: More people on bikes, more often. We believe all of us on bikes is better for health, for the city, for the environment – and for quality of life.

“Excellent service and prices. I’ve been taking my bike here for a few years now, and I always find them to be friendly, responsive, and very honest. Happy to have such a great local business I can support.” -Eric Di Bari

U.S hiring slows as a result of Trump’s trade war

5 Best Gutter Maintenance in Portland, OR 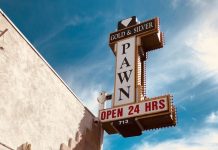 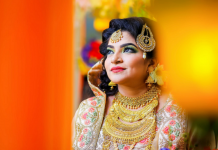 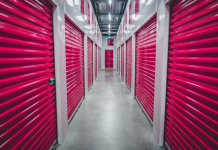 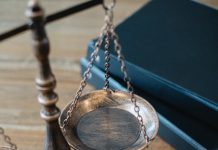