Below is a list of the top and leading Theatres in San Diego. To help you find the best Theatres located near you in San Diego, our team at Kev’s Best put together our own list based on this rating points list.

The top rated Theatres in San Diego are:

“The seats are well placed. Wherever you are seating you can see clearly. It is rare nowadays in theaters and venues. Of course, there is no filming or photos allowed once the presentation starts. But Frozen was amazing, I think better than the movie. Excellent singers and amazing stage decors. Really first class. -Jackie Bowers

Thanks to our audience volunteers this weekend Carlos and Krista! #audience #sandiego

National Comedy Theatre is a comedy production comparable to the show “ Whose Line is it Anyway”. Similarly, all the cast stands in front of the audience and continues the program with all their suggestions. The audience is in charge of picking the games, notes all the fouls and holds the deciding power as to who will win. This show features the funniest comedians in San Diego. And is appreciated because they grant participation and decision-making skills to people. All the fun is certified suitable for everyone of all ages.

“Absolutely incredible deal for the quality. There’s a rotating cast, new material every time, and a cute little playhouse vibe. The jokes made by the referee get stale after a while, but only after a dozen or so shows. It’s worth going to that many. -Cassandra Hibbs

Diversionary Theatre is constructed in 1986 and had produced a number of musicals and plays. Uniquely, these shows are centered on the issues, characters, and stories of the lesbian, gay, bisexual and transgender (LGBTQ) community. Indeed with a diverse and complex subject, they hold the 3rd spot for the longest-running LGBT theatre in the United States. In particular, the idea of the theatre was inspired by the then-emerging AIDS crisis. Differing from other theatres it aimed to explain certain social matters that affect the LGBT community. Among them are marriage equality, discrimination, rights to adoption, bullying and military service. By means of the theatre, they were able to inspire people to consider the humane side of the LGBT community rather than their sexuality.

The Diversionary have produced 137 exceptional mainstay productions and several arts events, as well as housed the most skilled and fresh San Diego talents.

“My sweetie brought me to Diversionary initially, and we’ve been several times now. Friendly and helpful staff, fun shows. I’ll be back as often as I can. :)” -mike muller

We're proud to have San Diego favorite Jason Mraz at Spreckels tomorrow (before he adds "Broadway Star" to his resumé with @waitressmusical !)

A post shared by The Historic Spreckels Theatre (@spreckelstheatreofficial) on Oct 13, 2017 at 1:39pm PDT

Spreckels Theatre is a 1,463 seat performing arts venue opened in 1912. It should be noted that the outstanding theatre presented itself firstly as a Vaudeville Opera House which displayed the skills of live act performers. Secondly, a movie palace during the film industry’s period of success. And lastly, now is a live events venue. Spreckels hosted a lof of exceptional theatre show, film, touring artists, dance, music and theatre companies, as well as comics and circus productions. It has been serving various forms of arts for 100 years. In 1973 it was granted the honor to be named a National Historic site.

“The performance we went for was great (Astana Ballet). Small detail – I usually expect an orchestra accompanying the ballet, but this time it was recorded music. Ladies helping to find our seats were very nice. All in all great experience.” -Aigul Kussaliyeva

The Lyceum Theatres is in the central downtown area of Horton’s Plaza and legendary Gaslamp District. It has two modern theatres, a two-floor art gallery, and a lobby full of privilege stands with a secured “ Intimate Stage”. It is suited for fundraising events, corporate programs, reception, seminars, fashion productions, concerts, plays or musical shows. Notably, the value for money package consists of volunteer ushers, lively box office sales staff, expert electrician and a rich sound and lighting list.

“Fun little theater. Me and my mom volunteered as ushers and we got to see the show free. Fun for friends and family depending on the show you all go see. Everyone was super friendly.” -Maci 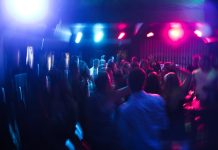 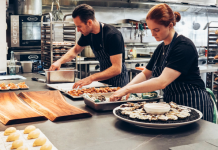 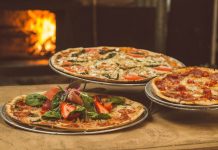 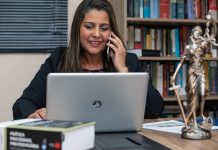