Below is a list of the top and leading Theatres in Phoenix. To help you find the best Theatres located near you in Phoenix, our team at Kev’s Best put together our own list based on this rating points list.

The top rated Theatres in Phoenix are:

Orpheum Theatre Phoenix is a historic theatre established on January 5, 1929. It is located at the heart of downtown Phoenix. Located nearby is the Phoenix Convention Center. The theatre has a seating capacity of 1,364. With its extraordinary stage width of 101 feet and a depth of 28 feet, hosting vaudeville performances that change every week, was possible. Truly a pride of Phoenix, they are the only performance venue in the middle of Los Angeles and Denver to do so.

The theatre is imbued with an ambiance influenced by the garden being in the center of Spanish-style buildings, mountain murals, and forests. These are the works of architects Lescher & Mahoney with the help of Jo E. Rickards and Harry Nace. Today, theatre docents are providing free tours to the theatre.

“The show was great and there was a good amount of parking nearby. They got everyone seated pretty fast as well. The only area where I could see improvement would have to be in making sure that pedestrian traffic in the lobby area is constantly moving to ensure that people traveling through can get to where they need to be. ” -Steven Weigelt

The 2650-seat venue offers a closer view of all of its events. Audiences are seated not more than 70 feet from the stage.

“Great old school venue. Very small, not a really bad seat in the house due to the rotating stage. There is a large bar downstairs we did not know about and was nice to hang before the show.” -Jeff Lloyd

Arizona Federal Theatre‘s first sold-out show in April 2002 was highlighted by the performances of Harry Connick Jr. and Jerry Seinfled. The theatre can be found in the central downtown Phoenix Area and has hosted over 2,000 events. Music, comedy, family and theatre shows comprise these events. It’s one of a kind design allowed accommodation of events from small affairs to huge arena productions. Famous celebrity performers like David Bowie, Michael Buble, Janet Jackson, Tim McGraw, Robert Plant, Stevie Nicks, Alice Cooper, Jay-Z, Maluma, and Banda MS have utilized the theatre’s stage. Joining them are known personalities like Ellen DeGeneres, Chelsea Handler, Dave Chappelle, Kevin Hart, and Michelle Obama. Arizona also catered to the creation of the movie”Blue Collar Comedy Tour: The Movie. AS well as the HBO special “ “America’s Mexican” which was shot live in the arts venue.

“Nice theatre venue with 2 convenient parking garages across the street. The staff was very friendly and helpful. We saw Harry Connick Jr and sat center stage, row 7 which were temporary folding chairs which weren’t the most comfortable but it was only for an hour and a half. Didn’t use the restrooms so I can’t comment on that.” -Joe Vitale 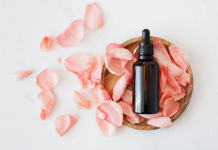 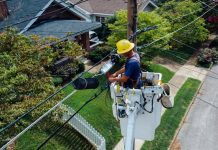 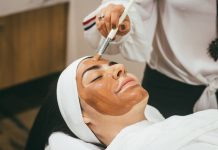 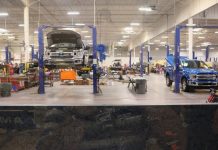