Below is a list of the top and leading Theatres in Philadelphia. To help you find the best Theatres located near you in Philadelphia, our team at Kev’s Best put together our own list based on this rating points list.

The top rated Theatres in Philadelphia are:

“This is the MOST CHARMING theater! I live almost 2 hours away and it is totally worth the drive to come see a show there. We saw “Legally Blonde” there last season and recently “A Woman of No Importance”–both shows were excellent! I can’t wait to go back and see “Bodyguard the Musical” in May.” -Lesley Austen

The Kimmel Center has been promoting art engagement through its diverse performances. The campus mirrors this mission with its educational programs fit for everyone. Kimmel Center Campus has the Kimmel Center for the Performing Arts comprising of the Verizon Hall, Perelman Theater, SEI Innovation Studio, and the Merck Arts Education Center. Also present at the school is the Philadelphia Orchestra Association owned Academy of Music and the Merriam Theatre.

“A beautiful facility. Handy parking for the shows at the Merriam theater. Haven’t attended any venues here yet but definitely will in the future. Employees were very courteous and helpful.” -Terry Tompkins

Academy of Music was opened in 1857 and patterned with the structure of Milan’s La Scala. It is an opera house with its full ownership held by the Philadelphia Orchestra.
With 150 years of serving the arts community, it had shown the premieres of Strauss’s Ariadne Auf Naxos, Gounod’s Faust, and Wagner’s The Flying Dutchman.

Management of the Academy is obtained by a legacy contract with Kimmel Center. Profits from ticket sales of neighboring companies sustain the daily maintenance of the Academy. An ongoing restoration project is being done to the arts venue. Capitals needed for the National Historic Landmark are gathered by the Restoration Fund Office.

“We had great seats in the balcony. Be sure to cross-reference seating chart to avoid seating in an obstructed view seat. Great atmosphere. You can dress business casual or trendy casual. We had fun watching The Nutcracker. They have very talented ballerinas!” -G G

Bryn Mawr Film Institute was formerly the Seville Theater and has since been loved by the locality of Bryn Mawr. A threatening conversion of the theatre into a health club center powered the passion of community leaders led by Juliet J. Goodfriend. Through numerous fundraising projects and meetings, the Bryn Mawr Film Institute was finally able to buy the building in December 2004. After 10 years of renovation, the building is now complete and functional with 4 modern theaters, classrooms, space suited for local gatherings, a café, and a listing on the National Register of Historic Places.

The Institute is a proud center providing enlightenment about theatre and films. Now a nonprofit theatre, it entertains patrons close to 200,000 each year. The restored theatre grabs any chance to showcase unique, delicate and classic prints on 35 mm film.

“Best place to watch foreign & indie movies. They also screen box office movies as well. There’s usually always parking behind the theater. The snack and drink prices are very reasonable, and since they’re non-profit I don’t mind spending my money there. If you’re a student they only charge $10 for a ticket. There’s a coffee shop sort of connected that serves good coffee and snacks too. You can bring your own food, but be reasonable.” -Marcus J.

The Tower Theater hosted its first and fully booked show in the early summer of 1972. It was tagged as “Philly’s own Fillmore” by the Philadelphia Daily News critic. Fillmore East is a well know rock venue in New York. As years past the theatre affirmed its reputation of being gifted with the foresight for current trends. Before they were known worldwide, David Bowie, The Spiders from Mars, and Peter Gabriel of Genesis first performed on the Tower. An overwhelming number of famous artists have graced the stage of the Tower since then. These are U2, Grateful Dead, Radiohead, Bob Marley, Tori Amos, Eddie Murphy, Mary J. Blige, The Rolling Stones, Bob Dylan, Kanye West, and John Legend. Also included were The Decemberists, Robert Plant, The Arcade Fire, Kings of Leon, Janet Jackson, Eddie Vedder, The Smiths, The Rolling Stones, Phish, Steely Dan, Chris Rock, and Dave Chappell.

“This was my first time at this venue. It was a fantastic experience all the way around. Not a bad seat in the house. The parking garage was super easy to find and get to and from. Comfortable seats. I will definitely be back.” -Ann Marie Breitegam 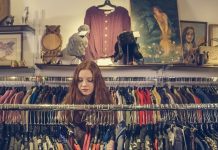 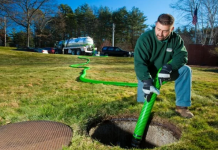 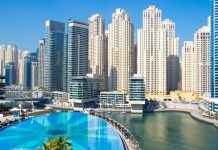 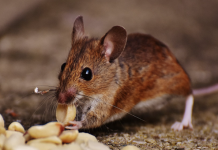