The top rated places to visit in San Diego are:

Balboa Park was formerly known as the “City Park”. Being an upland park that shows downtown San Diego it has a background etched in history. The former park area of 1400 acres is now only 1,200 acres. Its name City Park was changed due to it being plain and forgettable. Passionate neighbors participated in the naming process. Names like San Diego Park, Silver Gate Park, Horton Park, and Miramar Park were coined. In the end, it was the name Balboa Park that won the hearts of the Park commissioners. It was named after Vasco Nuñez de Balboa, the first European to discover the huge Pacific ocean.

Birds of paradise, Queen palm, and poinsettia flowers were the parks, first plant occupants. Continuous planting of trees and shrubs helped beautify the park. This proved helpful with their hosting of the Expo 2000.

“Beautiful park! Great place for a picnic, walk, bike, or just to go hangout. Beautiful gardens and views. If you enjoy roses, there is a beautiful rose garden here. The pathways are paved, easily accessible and well maintained. A great place to visit. Would highly recommend!” –Crystal Rose

Okay so it’s not a contest, but we definitely have the most picturesque bathrooms in all of the National Park Service. Our Visitor Center restrooms are closed for the next few months while they are remodeled. Portable toilets, including handicap accessible options, are available in the main parking lot. Plus we have these gorgeous CCC-era restrooms (pictured here) overlooking the Pacific Ocean next to the Old Point Loma Lighthouse. An accessible restroom is also available attached to the exhibits by the lighthouse. The Visitor Center restroom remodel project is funded by entrance fee funds. #YourFeeDollarsAtWork #findyourpark Image description: A concrete walkway leads to a restroom building, with the Pacific Ocean in the background. A white sign labeled with a women’s bathroom icon is in the foreground.

Cabrillo National Monument was named after Juan Rodriguez Cabrillo, a European voyager in 1913. It was the year 1542 when he set foot on the west coast of the United States. Found at the southern end of the monument, is the “rocky intertidal zone”. The tidepool area is a favorite spot of visitors where they are able to see the unique distribution of marine life. Meanwhile, upon entering the park, guests can have a glimpse of a Lighthouse at the edge of Point Loma.

National Park Service has been keeping an eye to the park together with volunteers and partners. The park alone receives a visit rate of more than 300 million annually.

“What spectacular views! The walking historian was full of knowledge. Cool “gift” shop. I loved the film about the tidal pools. Didn’t make the climb to the lighthouse as it was too far for my husband and we wanted to visit other areas. It’s on the list for our return visit, though.” –Laura McDonald

Maritime Museum of San Diego carefully maintains a number of historical ships and submarines. It is well-renowned for its exemplary participation in the restoration of these vessels. They are also tasked with the operation of the maritime flotilla. The museum has the Star of India under its care. The said Indian ship is considered to be unique having had remained active for years despite being old.

Tours at the museum let the guests have a peek to the submarines, sailing ships and ships powered by steam. They also have added water cruise activities to enjoy aboard various ships.

“We sailed the San Salvador with a group of volunteer docents. My family and I could not have had a better time. Bill, in particular, took extra time to discuss facts and experiences and took beautiful pictures of my family and me, we are so appreciative of him and his time! The tour lasts from 11:30-4 and will sail in the bay and on the open water. There are snacks and water as well as toilets (heads) on the boat.” –Emily N

You probably know there’s nothing better than sunsets on the waterfront, but did you know the hidden depths of our bay are endless? Stay tuned for our newest Seaport Sessions podcast series where we’ll dive into all the exciting things happening beneath the waves! . . #RippleEffect #visitseaport #seaportvillage #portofsandiego​ #wonderfront #sandiego #seaportdifferently #sandiegobay

Seaport Village is the connection between San Diego’s bay and the downtown core. It is made up of winding pathways and stunning plazas with a convenient transport system. The establishment is a 14-acre imitation of how the harbor side looked 100 years ago. The complex has more than 50 shops, 13 restaurants, and an outdoor recreation setting.

The village fronting the waters is also promoting sustainability in their location. They have initiated programs like single-stream recycling, recycling containers placement, and Waste Vegetable Oil (WVO). The WVO is gathered by New Leaf Biofuel from where biodiesel is produced.

“Beautiful scenery and lots of neat little shops! Great place to pick up souvenirs if you’re vacationing here in San Diego. I like to take my family every now and then to enjoy the atmosphere and walk around the shops. They even have a cute little duck pond!” –Jennifer Conrad

It’s a bird, it’s a plane, it’s the US Navy Leapfrogs! This incredible team delivered two back-to-back days of breathtaking skydive demonstrations aboard Midway and we couldn’t be more grateful! Thank you to the @navyparachuteteam for always putting on a show, for engaging with our guests and answering the questions of the moms, dads, teachers, and kids who came to watch you. You are inspiring the next generations! ⚓️ @usnavy

USS Midway Museum got its name from the USS Midway, which served the longest during the 20th century. It carefully houses the USS Midway aircraft. The carrier has a valuable role in the Cold War. Subsequently, it was deployed to various locations. Notable countries like Vietnam, The Persian gulf region, and Philippines received helped from the aircraft.

On 11th of April 1992, the Midway was withdrawn from service in San Diego. Formerly stored in Bremengton, Washington until 2003 when it was donated to the San Diego Aircraft Carrier Museum organization. By June 2004 it was inaugurated as Midway Museum.

“Fascinating attraction chock full of military history. You could spend 4-5 hours here if you take your time and talk to the veterans who are always around. Really gives you a feel for what life aboard a huge warship was like. Aircraft on deck are spectacular. Worth the price of admission for sure! Don’t miss it!” –Stephen Dolter 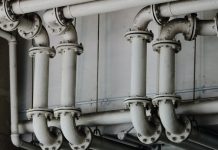 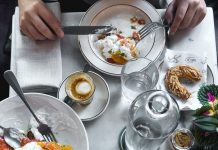 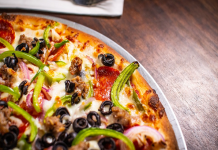 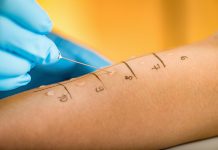