Home Best Rated 5 best male models in the US

Females get most of the attention in the modelling industry (and are also higher paid), but that doesn’t mean the men out there aren’t slaying it too. While their names aren’t as iconic as Kate Moss or Gigi Hadid, their modelling game sure is.

We’re lucky to live in a world where Instagram exists; it’s the perfect app for getting your daily dose of eye candy, and you’ll be pleased to know that all of the male models in this list are on the app. And as a bonus: they not only share professional modelling shots, but casual selfies and photos of them with their cats and dogs, too. Too cute!

Without further ado, here’s our top five list of trending male models in the U.S.

Turkish-American model Can Muhammed Karagoz is renowned for his masculine good looks and long, flowing black locks. Master of both print and the runway, he’s been featured in international fashion magazines and runways across New York, London, Paris and Tokyo. He was even nominated for male model of the year in 2016.

But there’s more to Can Muhammed Karagoz than meets the eye. He didn’t start out as a model – his passion was for dancing, and he continues to teach Ballroom and Latin styles to this day. He’s performed in dance championships across the world, won multiple awards for best teacher, and has worked for major dance studios. Not only that, but he’s also an actor and real estate investor – talk about a multipotentialite!

Besides Instagram, you can catch him in films like Musical Chairs and Arrivals and Departures. We’ll definitely be following Can Muhammed Karagoz in 2020.

Sung Jin is a 30-year old South Korean-American model, and is quite possibly the most in demand male fashion model in the country right now. His resume is impressive, having modelled for elites such as Marc Jacobs, GQ, H&M and Tom Ford. He’s well known for being a herald of Asian-American street style, with his laidback, rockabilly look serving him well.

His career took off as soon as it began back in 2009, and he rose up the industry ranks until he became listed in the top 50 models on the planet. Impressive, much? Yet Sung Jin seems to be pretty grounded – he has said that his job is a lot of hard work, and that starting out is really hard. His focus is on being the best version of himself; he doesn’t strive to copy what anyone else is doing, and refuses to get any plastic surgery done (not that he needs it!). Being an individual is important to him, which we think is pretty cool.

Boasting over 1 million followers on Instagram, it’s safe to safe that German-born André isn’t just a model – he’s a social media influencer in his own right. The 33-year old started out as a trainee at H&M before becoming a model in 2010. Since then, he has worked with massive names like Hugo Boss, Vogue, GQ, Calvin Klein, Esquire and Cosmopolitan. He was even featured on Germany’s Next Top Model back in 2016.

André is also quite business minded, having co-founded Haze & Glory – a jewellery and fashion boutique – with partners Rik and Kim Fiddické. Do check it out if you’re into bold, distinctive men’s jewellery and vintage statement garments. André owns his blonde roots and tattoos, and the world is all the better for it. We definitely recommend following his Instagram account – seeing him cuddling up with his pet cat is so cute!

26-year old British-Nigerian model Chuck Junior is impossibly beautiful, a curious mix of handsome and pretty (thanks to his bright blue eyes and full eyelashes). He started modelling menswear around age 17, and quickly started to take on projects with major brands like Calvin Klein. He is known for his cool street style and dreamy boy-next-door charm.

Chuck Junior is another male model who has made the most of Instagram, having over 37,000 followers to his name. His profile is a treat, filled with art projects (yes, he’s an artist, too), stunning outfits, and his gorgeous little son – who is similarly stylish. Fun facts: he has a seed of life tattoo on his palm, his star sign is Leo, and he was rumoured to have dated model Ashley Sky.

There’s a good chance you have heard the name Jon Kortajarena – he’s a huge star, having been listed on Forbes’ ‘The World’s 10 Most Successful Male Models’ list back in 2009. Born in Spain, Jon was discovered in 2003 whilst on holiday in Barcelona, and has taken the modelling world by storm ever since. The brunette model has worked for an endless list of the biggest brands in the world: Giorgio Armani, Zara, Tom Ford, Diesel, Versace, Guess, Lacoste, H&M, Esprit and so on.

He is also a successful actor, having starred in popular television show Skins and most recently the Netflix series High Seas. He speaks three languages, loves interior design, films, photography, music, hiking and reading. He is also a self-described “ultimate romantic” – what a dreamboat! And as if that wasn’t enough, he has also appeared in music videos for Madonna, Kanye West and Fergie.

If you aren’t following him on Instagram yet, hop to it! Over 2 million others already have, and it’s safe to say that their feeds are probably much better off as a result.

So there you have it! These are just five of the many incredible male models out there – there are many more to check out if you are interested. It’s clear that there is a real spot for men in the modelling world these days, thanks to the growing interest in male fashion and street wear. If any of these talented models have caught your eye, be sure to follow them on Instagram, or visit their agency websites to look into hiring them. 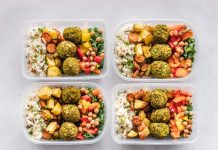 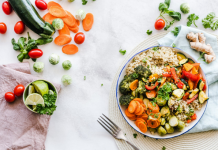 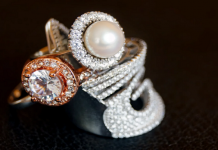 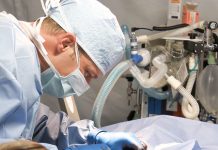