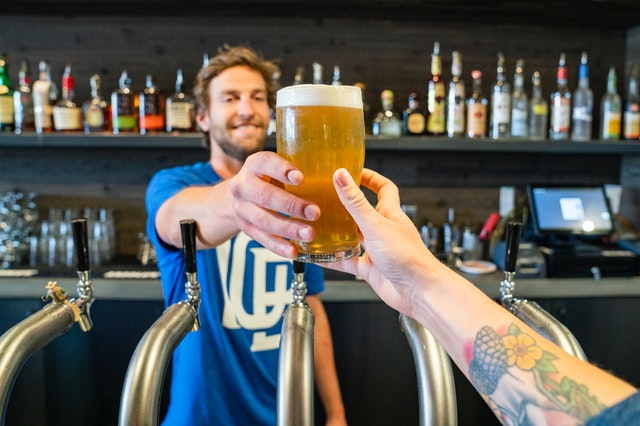 The top-rated Craft Breweries in Memphis, TN are:

Ghost River Brewery is an independently-owned and managed craft brewery in Memphis. This craft brewery is also Memphis’ first ever craft brewery, opening in 2007. For almost 15 years, Ghost River Brewing Co. has been proudly serving Memphis’ community with its amazing collection of excellent beer and other drinks. Ghost River has a large assortment of craft beer from the beer available year-round like their Golden Ale, to their seasonal beers like Lost Hive, and limited-release beers like Black is Beautiful and Brunch, Please. Their branding for each beer is also very creative and enticing, which adds to their charm.

High Cotton Brewing Company pays homage to southern heritage by creating and brewing beer the right way. This craft brewery is known for its excellent ales with fun and creative names like Mexican Lager, Baller Brown Ale, Oktoberfest, Session Ipa #2, and Razz Wheat. High Cotton Brewing Company was established in 2013 and has since produced some of the best beer and ale on this side of Memphis. They specialize in high-quality craft beer that is produced in Memphis. If you enjoy a good drink, drop by High Cotton Brewing and experience their collection of delicious drinks that will surely make you come back for more.

REVIEWS:
Great, comfy, & relaxing environment! Allows outside food Dog-friendly inside was a plus. Plenty of games on the shelf to enjoy while you’re their Bartender was inviting & funny! Thanks for a great time! Hope to find ourselves in Memphis again, as we would definitely come back! – Lauren Carlson

Memphis Made Brewing Co. is a small, local brewery in Memphis’ midtown that manufactures and distributes beer across Tennessee. This brewery has an excellent collection of craft beers and other drinks that many in Memphis enjoy. Memphis Made Brewing Co. first opened its doors in 2013 and has since been a household name in Memphis for those who are fans of amazing beer. They sell to many customers like restaurants, pubs, and more. This craft brewery also holds tours at the brewery for people who are curious about the brewing process. Memphis Made also uses its amazing space for local events for people looking for a unique place to hold parties or events.

REVIEWS:
Visited at the start of Covid-19 times, the bar was still open but people were a little worried. They turned an old warehouse into an interesting space. Friendly staff, and many varieties of beer. All that I tried were great… – David Schuster

WISEACRE Brewing Company is committed to producing the best craft beer in Memphis. This craft brewery has excellent and flavorful beers that all beer lovers will like and appreciate. WISEACRE Brewing Company was started by brothers Kellan and Davin Bartosch when they started dreaming of creating some of the best craft beer. The brothers took over a decade before they opened the brewery due to them wanting to get as much experience and knowledge as possible. By doing this, they’ve acquired the knowledge and experience needed to open a proper craft brewery that can dish out some of Memphis’ best craft beer.

REVIEWS:
My first visit, but not my last! Space indoors or outside to enjoy their wide variety of beers, a changing roster of food trucks for when you need pub food. Right by the railroad tracks, but not super noisy (at least inside). – Lizabeth Dorman

Meddlesome Brewing Company started with a dream, a beer, and a simple plan. This craft brewery was built on the vision, the dreams, and the opportunities that not a lot of people get. Meddlesome knows this that is why they delivered when they started creating some of Memphis’ finest craft beers. They have a staff of hardworking professionals who work tirelessly to make sure every barrel is processed properly. Being beer lovers themselves, they know that skipping steps is not the way to go in producing delicious beer. So, if you are in Memphis and are looking for the best craft beer and other beverages, Meddlesome Brewing Company is among the best in the city.

REVIEWS:
The nice inside and outdoor patio is a great place to chill and enjoy a good beverage. The staff is friendly. Kind-of off the beaten path but worth a visit. Can’t wait to go back. Today was a pretty tasty-looking food truck. – Nick Ferguson 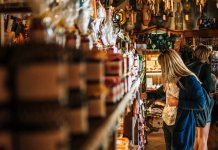 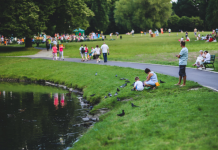 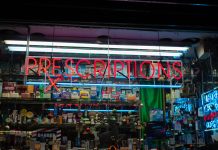 5 Best Pharmacy Shops in Fort Worth 🥇 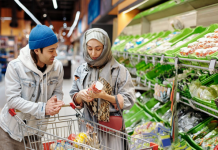