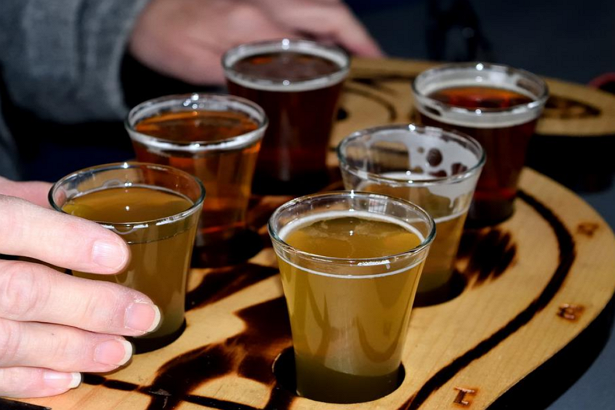 The top rated Craft Breweries in Honolulu, HI are: 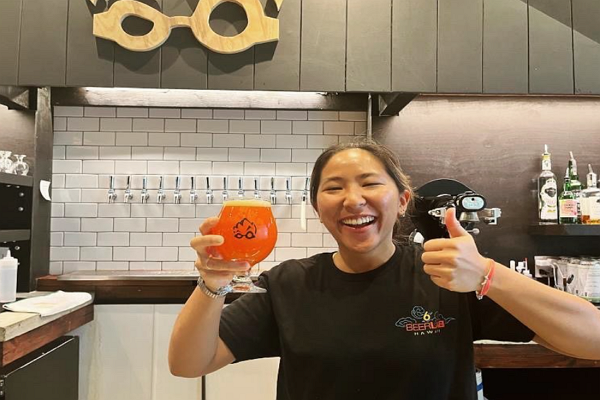 Beer Lab HI was created in 2015 and in 2016, it launched a tasting facility in Honolulu, Hawaii. The brewery is founded on the principles of perpetual change, experimentation, and small-batch brews to ensure that every visit is a memorable one for beer enthusiasts. With their 7-bbl system, they can make a variety of beers with different malt bills, hop characteristics, and specialized ingredients. The options are limitless.

Beer Lab HI is a brewery based in Honolulu, Hawaii, that focuses on developing outstanding beer via ongoing innovation, giving Oahu something genuinely distinctive, made in Hawaii for Hawaii. Beer Lab HI beers are served at universities, Pearlridge Center, and Waipio Taprooms, as well as the greatest businesses on Oahu.

“Good beers at the Beer lab. Had the Jipaiya Hazy IPA which I really liked. Very easy drinking with a little hop kick at the end. Had a higher ABV than I like. This could really sneak up on you. They make their own Salami. The Salami panini was excellent. They also make their own pickles which were nice and crunchy- great flavor. The service was excellent. Thank you, Jen. Highly recommended.” – Alan M. 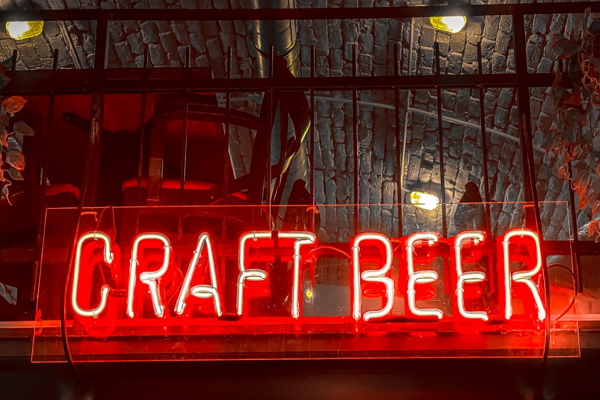 Waikiki Brewing Company originally opened its doors in Waikiki in 2015. The brewery’s seven-barrel brewhouse in Waikiki, which can produce 1100 barrels per year, quickly reached capacity, prompting the search for a second location. Waikiki Brewing Company’s 20-barrel brewhouse and high ceilings have allowed the company to more than quadruple production and become Hawaii’s third-largest craft beer manufacturer. They were able to open the island of Maui’s third brewery at Lahaina. This world-class setting will create lifelong memories with breathtaking, entirely unrestricted ocean views and a brewing location unlike any other on the planet.

The operation of Waikiki Brewing Company in Kaka’ako has not only added 40 manufacturing and service jobs to the community but has also benefited other local businesses. Waikiki Brewing Company cans its beer and buys cans from Ball’s Can Factory in Kapolei, as well as donates “waste grain” from the brewing process to local farmer David Wong of Mountain View Farms. Even their empty grain sacks find new life after being upcycled by a local roofing company. Waikiki Brewing Company not only contributes to the local economy, but its pubs also serve as a lovely community gathering spot.

“First off let me highlight the staff, they were awesome really encapsulate the island spirit. Second, the beer was amazing. I had their blonde and it was really good and light I also tried a sampler of their temptation wings which was also really good. Third, their tacos were really good. Would definitely recommend coming here.” – Sean R. 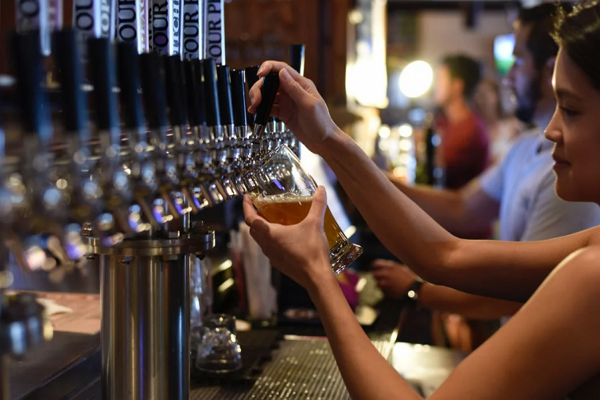 Maui Brewing Co. is a fantastic restaurant, bar, and brewpub that serves award-winning local beers and hand-crafted meals. There’s also a full craft cocktail bar and a wine list. family-friendly, scratch kitchen, farm to table. The state of Hawaii’s largest bar. It is a wonderful place to eat and socialize with friends and family. They celebrate their Maui heritage here, with lots of space to soak up the sun while enjoying artisan cuisine and drinks.

A handmade, natural, island-inspired cuisine complements its dedication to using the best in fresh, locally produced ingredients. On tap at their bar are 36 craft and specialty beers, including Maui Brewing’s year-round offerings as well as special releases and partner brews from independent craft breweries that they admire.

“Awesome brewery and fantastic food. Also, a great place to people watches as Waikiki traffic goes by. Take the elevator unless you really like the steps. Nice open-air bar with daily music. I had their wings and they were cooked to perfection. I recommend a flight or two of beer before you settle on one to sip the night away. I tried all of their own and there isn’t a bad one in the bunch.” – Kevin B. 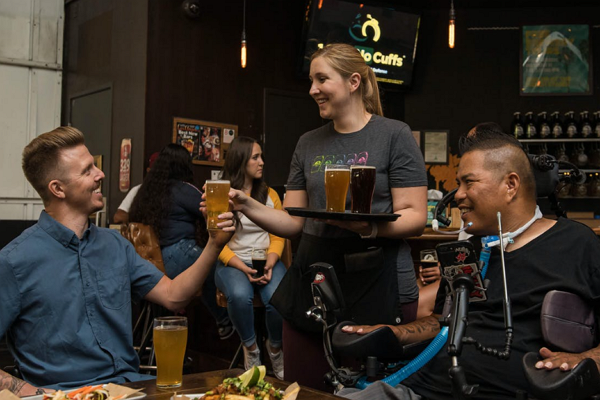 Growler Hawaii is the place to go to sit back, relax, and drink expertly crafted beer. At this Honolulu pub, you may sample the finest in quality American beer. From exceptional craft beers, cocktails, and delectable cuisine to a comfortable ambiance, this pub has it all. When you walk into Growler Hawaii, you’ll immediately feel like part of the family. As they want to be the destination you want to go before, after, or instead of others, the staff is happy to tailor your craft beer experience. They deliver the greatest microbrew beers from the mainland in addition to the best from Hawaii. You’ll also find wine, cider, and sake, as well as some delectable cocktails, on the extensive beverage menu.

“My boyfriend and I stumbled upon this bar while waiting on dinner. The staff was welcoming and friendly. The environment was very chill and laid back. There is plenty of space in the restaurant, but we decided to sit at the bar. We didn’t order any food; just-drinks. We got the Long Island Iced Tea and the Guava Margarita with a touch of li hing powder on the rim. Both drinks were delicious. The perfect balance of all flavors. Definitely recommend visiting if you are in the area.” – Karina L. 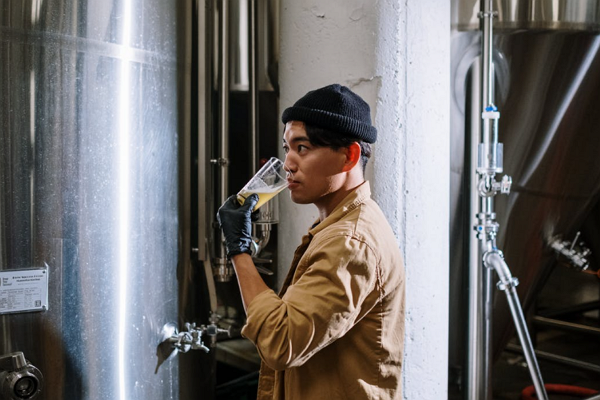 Honolulu Beerworks offers handcrafted beers, drinks, and food in a historic brewing center in Honolulu. Geoff Seideman and his wife Charmayne founded Honolulu Beerworks in Kaka’ako in 2014. They emphasized using unique and regionally sourced ingredients in the brewing process from the outset. Honolulu Beerworks now offers a broad and experimental barrel-aging program. The open-air brewery embodies the edgy, rustic charm of Kakaako with repurposed wood walls featuring local artwork. Its handcrafted beers and food are served in a pleasant and inviting atmosphere with communal bench seating and outdoor beer gardens.

“A cozy, seemingly lesser-known spot with great beer and food. I tried the turkey sandwich and salad, both of which were delicious. The sandwich is akin to a panini with the toasted bread and griddle marks, served hot and melty. The mac n cheese looks creamy and rich but I haven’t tried it yet to verify its yumminess. So far as the beer goes, everything is solid but my favorites have been the non IPA styles, red ale, brown ale, cream ale, some of the better beers I’ve come across in the area.” – Nick H. 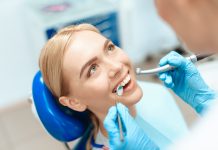 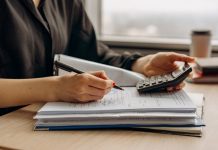 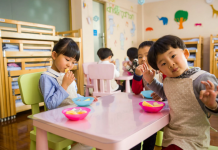 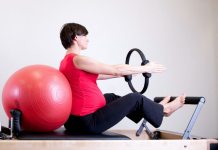